Billy Joe Saunders vs Martin Murray tale of the tape: How boxers compare ahead of super-middleweight title fight
Advertisement 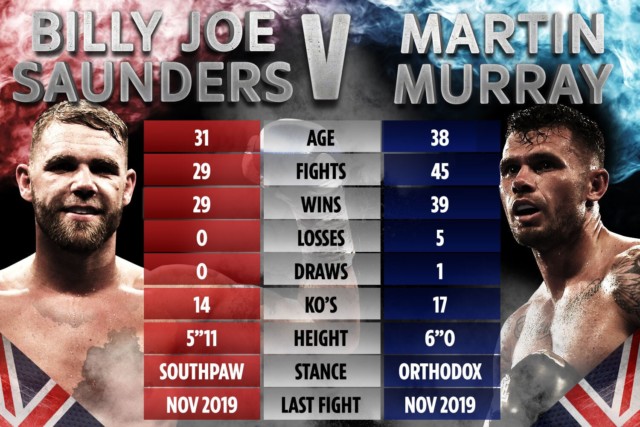 BILLY JOE SAUNDERS will put his WBO super-middleweight title on the line against Martin Murray.

The British rivals are finally going to meet in the ring at The SSE Arena, Wembley on Friday December 4.

Here’s how the two fighters compare ahead of the showdown

The pair were set to fight twice in 2018 – but Saunders pulled out on both occasions.

At the time, Murray said: “The fight is off, Billy Joe Saunders has s*** out again.”

But Saunders, 31, has insisted he is ‘very happy’ to be making his second title defence this month.

The 29-0 fighter said: “I am very happy to be defending my WBO title again.

“I haven’t boxed for a year and I really do miss being in the ring.”

Saunders has not fought since his win over Marcelo Esteban Coceres in November 2019.

He continued: “I can’t wait to have my 30th professional fight and finish the year with a bang before a big 2021.

“The coronavirus pandemic has affected everybody in many ways, and it has had a big impact on the sport of boxing.

“The Canelo fight falling through was very frustrating for me but now the journey continues in December.

“Martin and I were supposed to fight twice before but it didn’t happen either time.

“He said some stuff and so did I, so let’s see who can back it up.

“I’m enjoying training with Mark Tibbs. He’s incredibly knowledgeable in the sport of boxing and we are working on new stuff that we will show on the night.”

He has also been out of action since November 2019 when he beat Sladan Janjanin.

Murray, who is the older of the two at 38 years old, said: “I’m really looking forward to getting back in there and fighting for another world title.

“The big fights definitely bring out the best in me. This year has been a good year for me personally.” 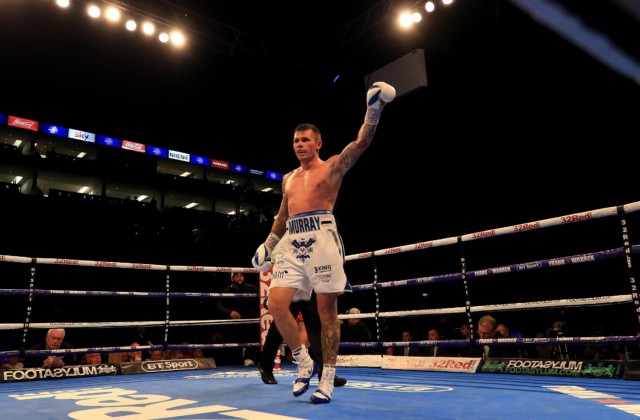 Before he added: “There was no bad blood between me and Billy to be honest, it was just a lot of frustration after he pulled out twice.

“That got left where it was, but we’ve definitely got some unfinished business.

“I’m expecting a hard fight and Billy Joe to be at his best, so I’ll be ready.”