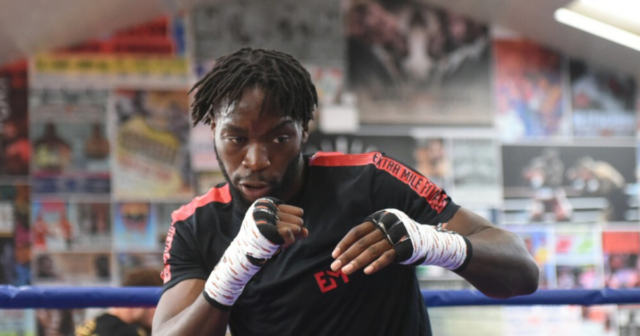 The middleweight boxer was born and raised in South London.

But it was at home with family, rather than in class, that he was educated on how people of colour have helped shape 21st-century society.

And in the final week of Black History Month 2021, Bentley is calling on the UK to reassess how the topic is taught – if it is taught at all.

He told SunSport: “Black History Month is the only time they teach black history.

“We just watched movies in school about slavery. That doesn’t help. Everyone knows that happened hundreds of years ago.

“To just teach slavery is lazy. If you taught the real history of black history that would help.

“There are black people who have done things to help – people think slavery just disappeared. People fought for these rights.

“Black History Month is about celebrating the black lives that made life easier for black people today and letting us know we are better than how we were perceived to be.

Bentley was the first British boxer to take a knee, highlighting his ongoing fight with persecution and discrimination.

The 26-year-old, who grew up in Battersea’s Patmore estate, is regularly told to ‘go back to where you came from’ and has been stopped and searched by police driving to his Essex gym three times since the summer, twice to check for drugs and the other for weapons.

UK Government stats, excluding vehicle cases, show that between April 2019 and March 2020, there were six police stop and searches for every 1,000 white people, compared with 54 for every 1,000 black people – the national average for the 563,837 instances reported was 11.

The 14-1-1 orthodox added: “They associate marijuana with being black, I don’t smoke and people around me don’t because I box. What made them look at me and think I had a weapon?

“The first time I got stopped I was 11 and asked if I had a knife on me.

“People don’t realise the damage it can do mentally. You can’t be yourself.

“Black people can’t scream and shout having fun after a night out like others can – there would be a whole police force there.

“Why can’t I be from here? People associate British with white.

“If I’m winning, everyone loves me because I’m winning for the country. But when it’s not sports or giving the country accolades, it’s, ‘Go back, you’re not from here.’ So why am I allowed to represent you when it suits you?” 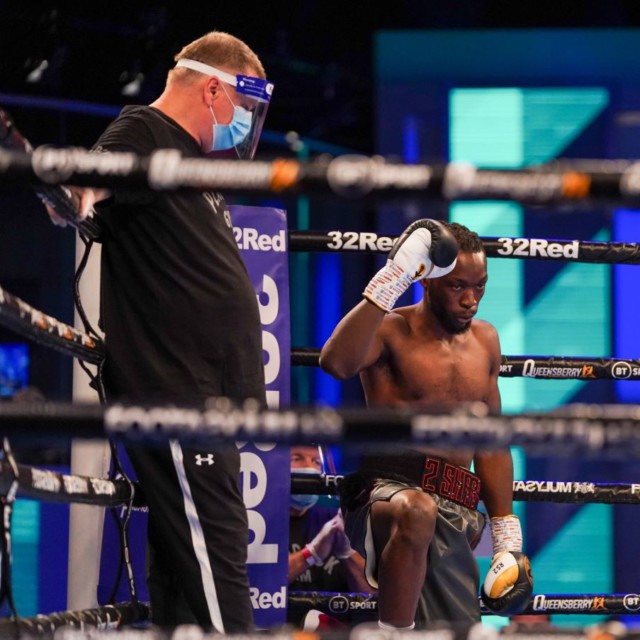 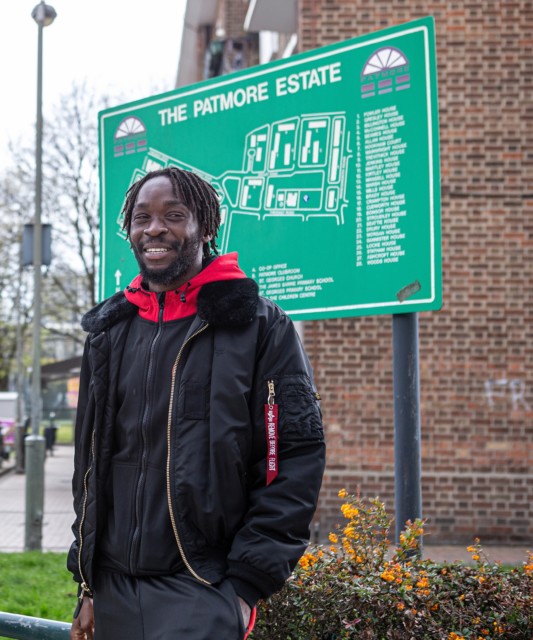 2Sharp, whose parents are from Ghana, grew up on the Patmore estate in Battersea, South London

One of 2Sharp’s primary hurts is simply being told he’s a liar.

The former British champ added: “If I’m telling you my truth, you can’t tell me that’s not how it works.

“If you believe these things didn’t happen, it’s very important to get educated.

“If you haven’t seen it, it doesn’t mean it doesn’t happen. To say my reality isn’t true or real is offensive and disregarding the truth.

“If you told me you were going through depression and I said, ‘Man up, stop talking rubbish, you’re not going through anything,’ you would find that offensive.”

Black History Month was first formally observed in the UK in 1987, which coincided with the 150th anniversary of the Slave Compensation Act, part of the Caribbean emancipation.

It is staged throughout the month of October each year – and Jamaican bobsled legend Dudley Stokes believes that’s where a significant problem lies.

Instead of having 31 days for learning, he says we should celebrate and discuss black culture throughout the year.

Stokes, 59, was the driver of the sled which famously crashed at the 1988 Calgary Winter Olympics, inspiring the film Cool Runnings.

Now based in England, he told SunSport: “Black History Month is a start.

“It’s unfortunate we need to set aside a month for it but I do recognise the symbol. We really need Black History Years.

“Extend the month out through the year and rotate it. Part of the intention is to get Britons to understand black culture but we need to keep this rolling over to understand.

“In the UK, we need a command of the English language, basic mathematics, a grasp of British history, how England came about, the empire including West Indies, India and China with slavery.

“We need to see black history in the context of British history. Everybody of every colour needs to be exposed to that.

“To understand the society we have has been built by a diversity of people. When you have that scope of understanding, it makes you a better person.”

Stokes continued: “People of colour in the UK need to create a British dialogue on race and claim the place which they have already worked for, paid for in blood, and step into it as British people.

“It belongs to you, you deserve it. It’s a right you’ve won, it’s not a request.

“British people of colour need to understand their ancestors contributed to what is around us.

Stokes joined the Jamaica Defence Force aged 18 and spent time at RMA Sandhurst, Berkshire in 1981 but despite exemplary service, he was persistently overlooked.

He added: “Looking back, I wonder if certain things were racially motivated – I didn’t think it at the time.

“I had moments at Sandhurst of great kindness from white, British people. One took me to his house in his village, another rented a car for me which was a huge risk on his part.

“I should have got promotions based on performance.

“All the cadet government from my unit had personal invitations to Charles and Diana’s wedding. I was so naive not to recognise those things.” 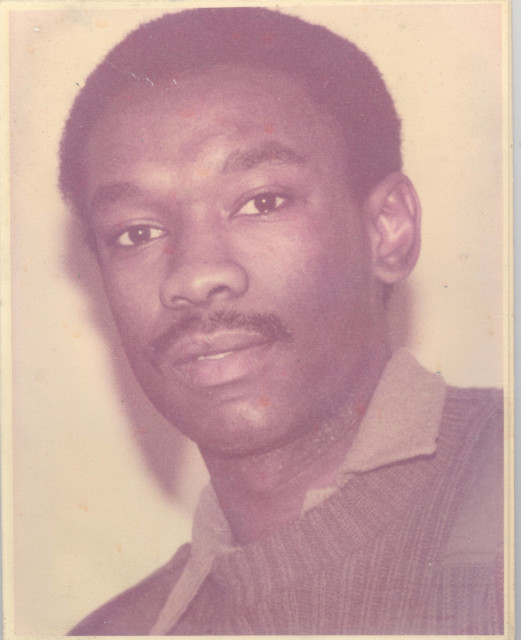 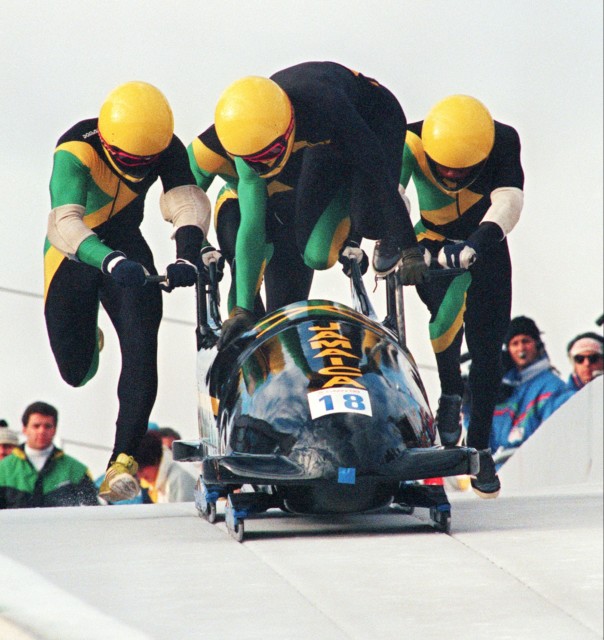 The Jamaican. front, was the driver of the sled which crashed at the 1988 Calgary Winter Olympics
Advertisement. Scroll to continue reading.

Did you miss our previous article…
https://www.sportingexcitement.com/boxing/tyson-fury-wears-suit-covered-with-his-own-face-as-he-attends-wife-paris-book-launch-at-the-trafford-centre

In this article:britishschools, change, theway