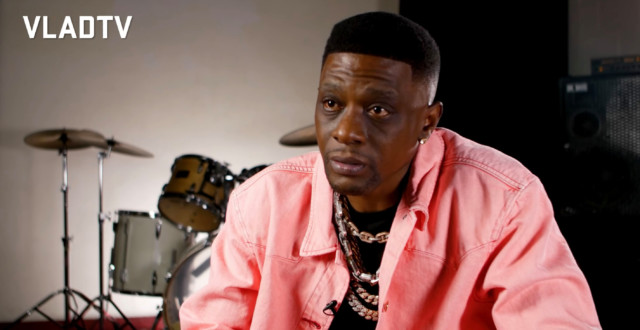 MIKE TYSON would have been ‘killed’ if he intervened in an argument between Boosie Badazz and Tyson’s daughter, the rapper boasted.

Badazz, real name Torrence Hatch, has been accused of transphobia over comments against Zaya Wade, the trans daughter of NBA hero Dwyane Wade.

Following the row, which the 38-year-old refused to apologise for in an appearance on Tyson‘s podcast, the former champ’s non-binary daughter Ramsey confronted him.

In an interview with VladTV released this week, he appeared to claim that, had the former heavyweight champion boxer got involved, he would have been ‘shot’.

Badazz claimed: “[Tyson] was like, ‘My daughter wanna ask you some questions’.

When asked about Iron Mike’s fear that the argument would have become physical and that Tyson would have had to intervene, he laughed and suggested the boxing legend would have got ‘killed right there’.

Badazz also made reference to Tyson getting ‘shot’.

Tyson was praised for confronting Badazz on his Hotboxin’ podcast last year.

The ‘Wipe Me Down’ artist, who has served multiple prison sentences on drug and gun charges, was pressed on why he has berated the LGBTQ+ community. 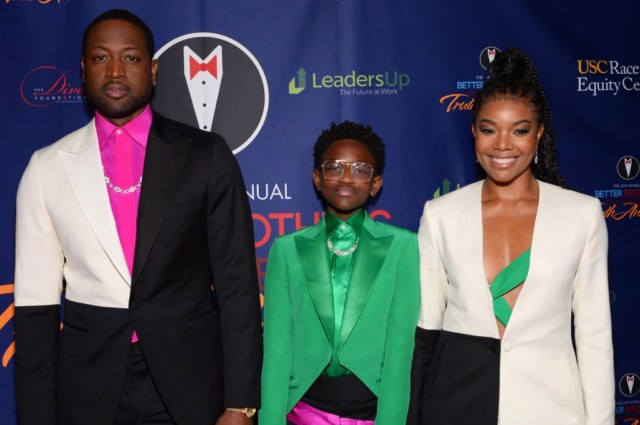 Torrence Hatch has been accused of transphobia over comments against Zaya Wade, middle, pictured with dad Dwyane Wade and mum Gabrielle Union

At one point, the 54-year-old asked: “If you are a real man, then why do you offend people?”

Following the podcast and Ramsey’s intervention, Tyson discussed the row and his fear of ensuing violence.

He told TMZ in October: “My daughter flew all the way from New York City to L.A. California where I’m at just to be there, cause she thought Boosie was so disrespectful she had to confront him.

“Could you imagine that? I said, ‘Who do you think you are, you can’t confront my guest.’ And she said, ‘You gotta talk to him, this brother’s disrespectful to the community’.

“So she came, and what they didn’t show, was she confronted him.

“I was worried I would have to get angry, because this is my baby.

“But [Badazz] conducted himself like a gentleman and it went okay. It didn’t go like I anticipated it to go.

“My daughter has a lot of courage and stuff.

“I love Boosie, Boosie is beautiful as far as I’m concerned. It’s just that, he gotta win that fight over those demons. He has to win, he can’t give into them.”

Did you miss our previous article…
https://www.sportingexcitement.com/boxing/loved-up-floyd-mayweather-introduces-brit-stripper-girlfriend-anna-monroe-to-pals-at-star-studded-44th-birthday-bash