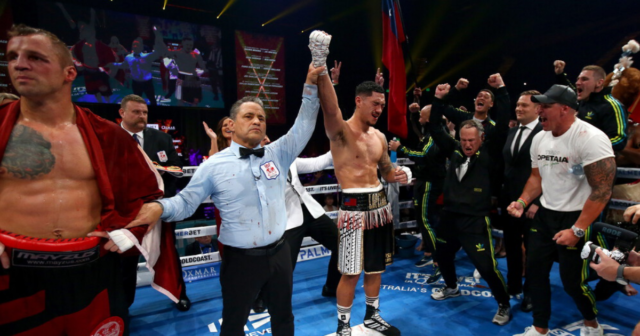 The Aussie ended Briedis’ reign as 200lb champ last Saturday courtesy of a unanimous decision victory Down Under. 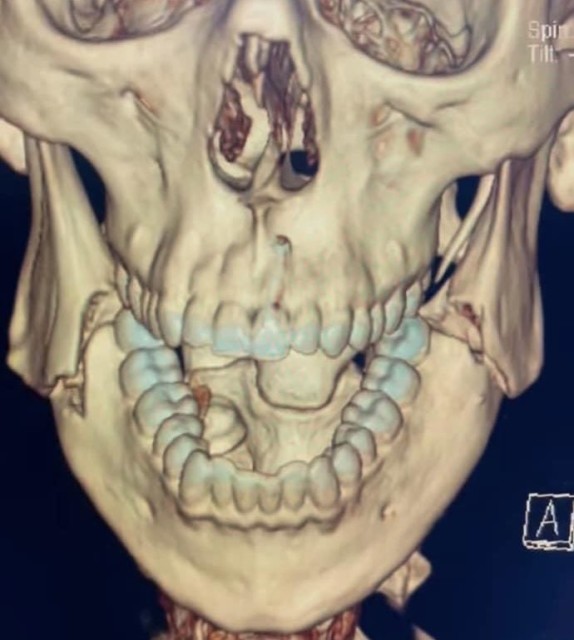 Opetaia may have easily dethroned Briedis, but he had to fight through the pain barrier as his jaw was shattered by a nasty uppercut in the second round.

The 27-year-old shared photos of his broken jaw, which was cracked in two places, on Twitter.

He followed up with a smiley post-operation selfie, writing across the image: “Surgery was a success.”

Opetaia’s trainer Mark Wilson didn’t learn of the gruesome injury until the penultimate round of the fight.

He told Fox Sports: “I didn’t know it was broken until the 11th round when you can evidently see that something was really amiss with it.

“I believe we were two or three rounds up, I thought. We were starting to maybe lose a couple late.

Remarkably, Opetaia will be able to resume training in two months’ time – although it’ll be at least five months until he’s back in the ring.

Ringside doctor Ben Mannion said: “[With] bones you get about 80 per cent strength back after about eight weeks so he’ll probably be able to lightly train after that time.

“It will be three, four, five months (until he can fight again).

“One of the guys asked does it normally break on both sides after it’s broken on one side and I said, ‘People don’t normally compete after that time’.”

Promoter Dean Lonergan said: “When his injury is healed, I have no doubt he will want to fight and beat the best in the world to build his legacy.

“I’m exploring options. Jai’s goal after winning this fight is to win the WBO belt and if the deal is right, and all parties are on the same page, it’s a fight Jai wants.

“Jai has the ambition to unify the division, and given he is now rated the best cruiserweight in the world, that is a reality.”