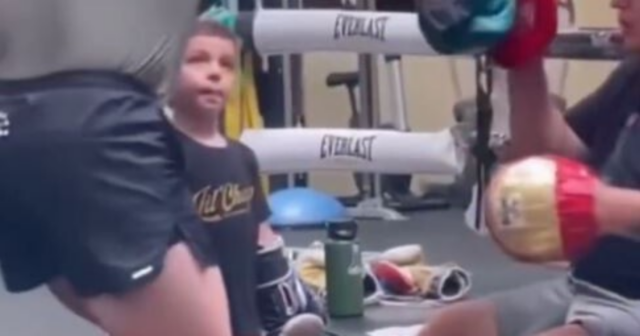 CANELO ALVAREZ has posted footage training his three-year-old son ahead of his trilogy bout with Gennady Golovkin next month.

The Mexican, 32, takes on his Kazakh rival for a third time in Las Vegas on September 17.

Canelo was filmed teaching his young son a combination

Canelo Alvarez starting to teach his three-year-old son how to box… pic.twitter.com/qNMa4Zceqy

His son then took over from Canelo on the pads

But he took some time out of his rigorous training to teach his young son, 3, some boxing skills.

And his son then imitated Canelo by hitting the pads in the gym as he enjoyed his first taste of boxing.

Four-weight world champion Canelo drew with Golovkin back in 2017 in a fight many felt he lost.

He then rematched Golovkin 12 months later and this time secured a majority decision victory in another close contest.

Since then, the pair have exchanged trash talk in the press and their rivalry now comes to a head with a trilogy clash.

Canelo is coming off the back of a second defeat of his professional career – a unanimous decision loss to Dmitry Bivol.

Meanwhile, Golovkin has picked up four successive wins since losing to Canelo in 2018.

In his latest bout, he stopped Japanese fighter Ryōta Murata back in April.

“He’s not honest. He pretends to be a good person and be different but he’s not.

“He talks a lot of s*** about me. He’ll say, ‘I respect him, his career.’ And, other part, ‘he’s an embarrassing boxer, he’s embarrassing for Mexican boxing’.

“I hate that motherf***er because of that.” 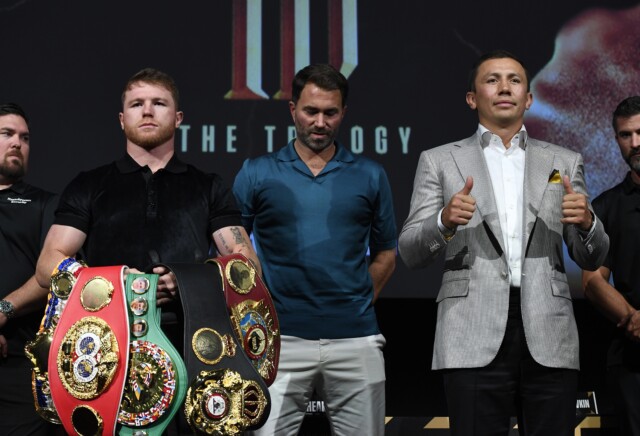