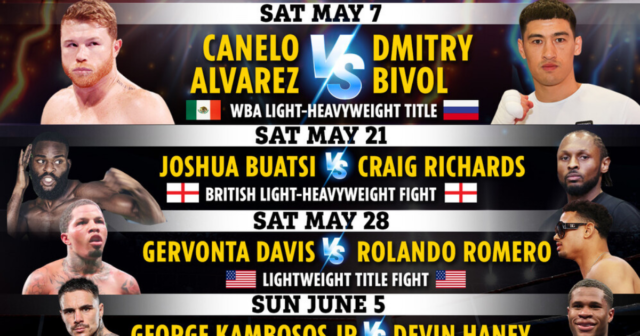 Stars such as Anthony Joshua and Canelo Alvarez are set to fight this year, with Tyson Fury having competed against and beaten Dillian Whyte earlier this month.

And this weekend, we’ve got Canelo Alvarez vs Dmitry Bivol for the WBA light-heavyweight world title.