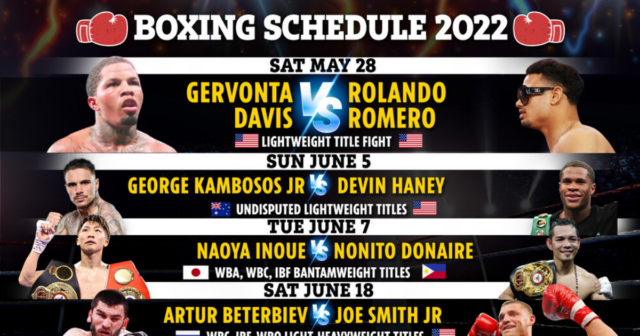 But this weekend we have Gervonta Davis’ return to the ring as he takes on Rolando Romero in Brooklyn, New York.