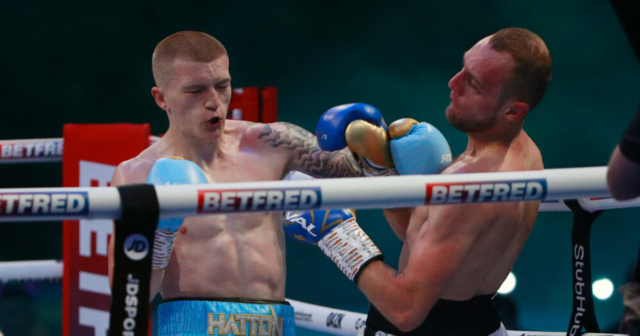 CAMPBELL HATTON raced to his third win of 2021 with another encouraging performance in front of his proud dad.

The 20-year-old son of British ring legend Ricky has now racked up wins in Gibraltar, his Manchester home and promoter Eddie Hearn’s Essex back garden.

The lightweight went the distance with Jacub Laskowski but won every round before the referee scored it 40-36.

Hatton, signed to Anthony Joshua’s 258 management firm, could next feature on the undercard of AJ’s September 25 Tottenham stadium fight against Oleksandr Usyk.

Wearing the sky blue of Manchester City, Hatton enjoyed one of the best rounds of his young career in the opener, using a mature jab and targeting Laskowski’s body.

When the Polish journeyman switched stances, Hatton kept his cool and listened to instructions from uncle and trainer Matthew.

Campbell kept whipping hooks, from both hands, into Laskowski’s ribs in the second but could not put a dent in the tough veteran.

In the third, Campbell got to show off some slick defensive work when Laskowski fired off a three-punch combination that he bobbed and weaved away from.

And Campbell then whacked the gumshield out of his rival’s mouth with one rasping blow. 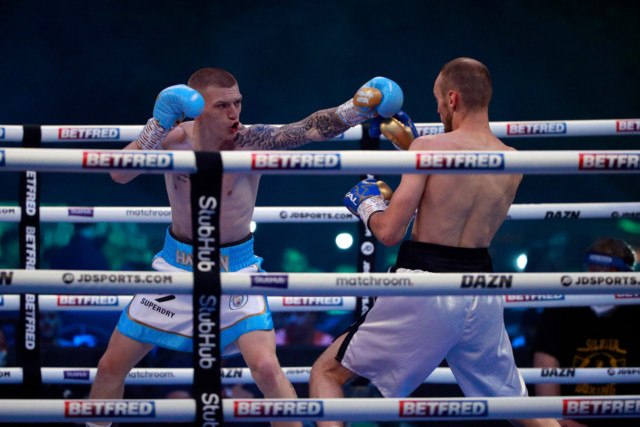 Campbell looked like he was getting frustrated in the third as he failed to score the knockout win he has been searching for.

But in the fourth he settled back into his early rhythm and banked another session in his fight education.

An arrow of a right hand almost ended the fight early when the fan-friendly Manc landed but his opponent held out well to hear the final bell.