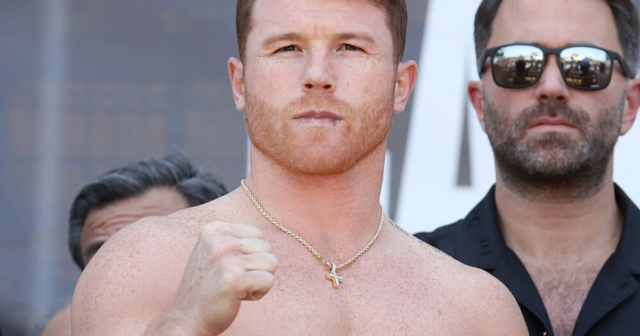 CANELO ALVAREZ has reportedly agreed a deal to fight Caleb Plant in November.

ESPN claims the highly-anticipated pay-per-view event will finally see the super-middleweight division unified with all four belts on the line.

The agreement will also finally bring an end to lengthy talks between both camps.

Canelo and Plant looked set to face each other on September 18.

But talks broke down earlier this month after Canelo wanted assurances over a £28million payday – even if Plant was to withdraw.

And at the end of July, observers claimed the clash was ‘100 per cent dead’.

Mexican ace Canelo, who boasts a 56-1-2 record, is on a mission to take Plant’s IBF title and become the undisputed super-middleweight world champion.

He could then decide to move up a weight again – this time to light heavyweight.

And he could return for the Russian should he triumph over Plant.

It won’t be easy though, with the American boasting an impressive 21-0 record.

But Eddie Hearn believes Canelo already has Bivol in his sights once he defeats Plant.

The Matchroom promoter said: “They (Canelo and his team) do want to fight Caleb Plant. That is what they want at the end of the day.

“Dmitry Bivol is there, he accepted the fight, he’s ready to fight, but the ultimate goal for Canelo is to be undisputed at 168 lbs. So they’ll [Canelo] reignite that.

“He [Canelo] likes to take challenges, and he loves to take great fights. Dmitry Bivol and all these guys at 175 are all tough.”