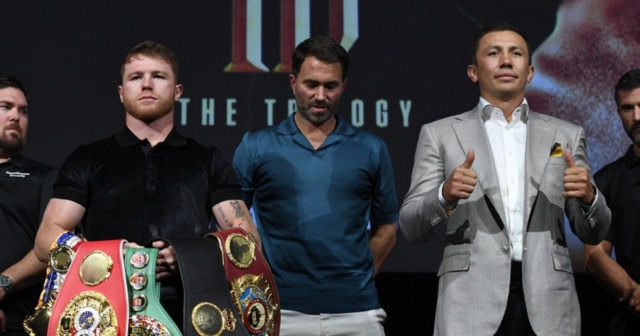 CANELO ALVAREZ has labelled Gennady Golovkin an “a**hole” ahead of the pair’s third fight.

The undisputed super-middleweight champion has claimed his rivalry with the Kazakh is “personal”.

Golovkin, 40, fired shots at the Mexican saying that he had been avoiding getting in the ring with him again.

Alvarez hit back stating: “He’s talking a lot of things about me. That’s why it’s personal.

“He always talks about how I’m scared, I’m running away when I’m fighting the best guys out there and he’s fighting with Class D fighters.

“He always pretends to be a nice guy, like in front of people. 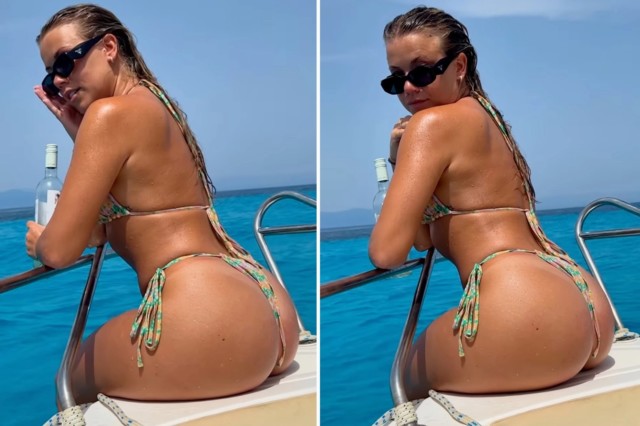 “He’s two different people, he pretends to be a nice guy. He’s not he’s an a**hole.

Golovkin refused to enter a war of words with his rival saying he didn’t want to answer any “provocative” questions.

However he did reveal he aims to send the 31-year-old into retirement with a knockout.

The bout on 17 September in Nevada will be the third time they meet.

Alvarez’s WBA (Super), WBC, IBF, WBO and The Ring super-middleweight titles are all on the line.

The first fight between them ended in a draw in 2017 but they met a year later when Alvarez won via a majority decision.

He will be hoping to bounce back from his most recent fight that ended in defeat to Dmitry Bivol.

As for Golovkin, it will be his first bout in the super-middleweight division.