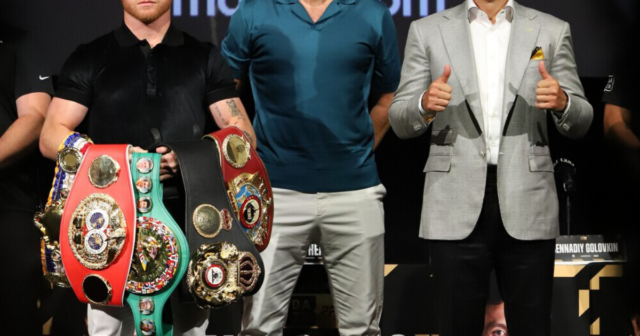 THE war of words between Saul Alvarez and Gennady Golovkin has intensified ahead of their September trilogy bout.

Mexican star Canelo, 31, returns to action in the same arena he was beaten by Dmitry Bivol back in March.

Alvarez and Golovkin complete their epic trilogy on September 17

The pair last faced each other in 2018 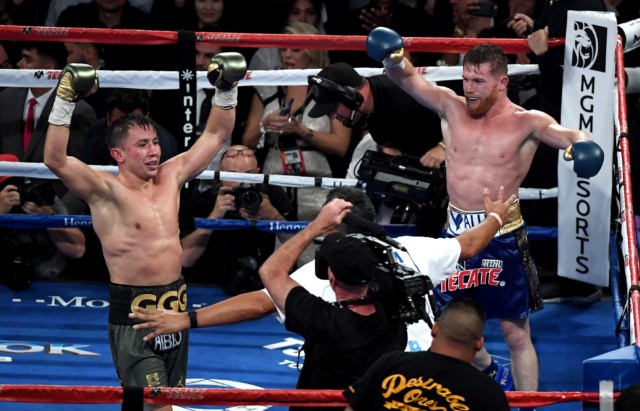 Canelo won a controversial rematch in Vegas four years ago

Alvarez got the better of GGG when the fighters last met in September 2018, winning a controversial fight on the scorecards.

Canelo is confident of beating the 40-year-old Kazakh again when the pair clash in a Sin City shown on September 17.

But he has slammed long-time rival Golovkin in the run-up to the bout – and says he is “not a good person”.

“He’s not honest. He pretends to be a good person and be different but he’s not.

“I hate that motherf***er because of that.”

Canelo is looking to channel his aggression into his boxing – and has vowed to leave GGG on the canvas in Vegas.

He continued: “My goal is to end this fight before the 12 rounds.

“I’m 100 percent focused on this fight [with Golovkin] because it’s a dangerous fight.

“But 100 percent looking for a second fight with Bivol.”

The fighters recently took a break from throwing punches to toss the ceremonial first pitch at Yankee Stadium ahead of an MLB game.

While GGG’s ex-trainer claimed there are only THREE fighters who can beat Canelo.

He told FightHype earlier this year: “The only people who can be a tough fight for Canelo are Beterbiev, Benavidez, and a well-trained Golovkin.