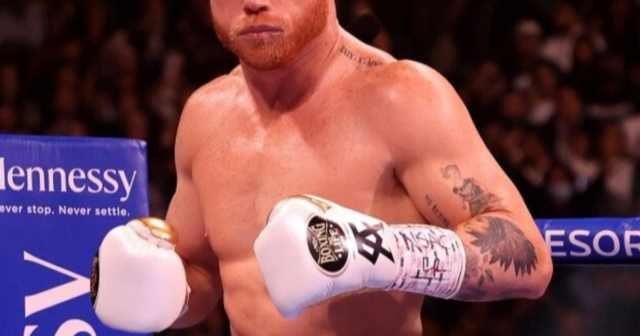 CANELO ALVAREZ’S next opponent will not be ‘one for boxing purists’.

That is according to ESPN boxing reporter Salvador Rodriguez, in a big hint that it COULD be YouTuber-turned-boxer Jake Paul.

Fresh after his KO win against Tyron Woodley in their rematch, Paul called out for a scrap against multi-weight world champ Canelo.

In a follow up message, he wrote: “I hope you’re training @Canelo.”

Most boxing fans have completely written off any chance for Paul against boxing legend Canelo.

But Rodriguez’s latest words have got a few people excited on social media that Paul could get his wish.

Paul has mentioned Canelo for a number of months, seemingly desperate for a chance to face a ‘proper boxer’.

Although he has KO’d all his opponents so far, these have been UFC fighters and a basketball star.

Canelo would present what many people believe would be mission impossible.

The Mexican signalled his intention to step up to cruiserweight and fight WBC champ Ilunga Makabu.

But that has all gone quite recently, with the likes of Artur Beterbiev and Dimitry Bivol touted as potential opponents down at light-heavyweight.