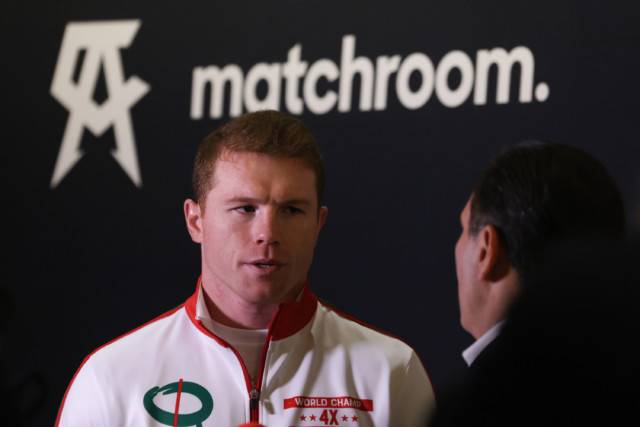 CANELO ALVAREZ called Gennady Golovkin ‘inhumane and stupid’ for his comments on seizing the chance to ‘legally kill a person in the ring’.

The usually soft-spoken GGG reacted furiously after 47-year-old De La Hoya said the Kazakh would be an ‘easy’ fight for his comeback.

Golovkin told AFP: “You know Oscar, you know how dirty his mouth is.

“Everything involving Gennady Golovkin for him is a nightmare.

“He can say whatever. But let me put it this way – If I got an opportunity to legally kill a person in the ring, I might seize it.”

Golovkin still has ill-will towards the boxing legend stemming from his pair of fights against arch rival Canelo Alvarez – who De La Hoya formerly promoted.

And it appears Canelo is not yet willing to drop his animosity with GGG, as he slammed the ex-middleweight king for ‘talking stupid’. 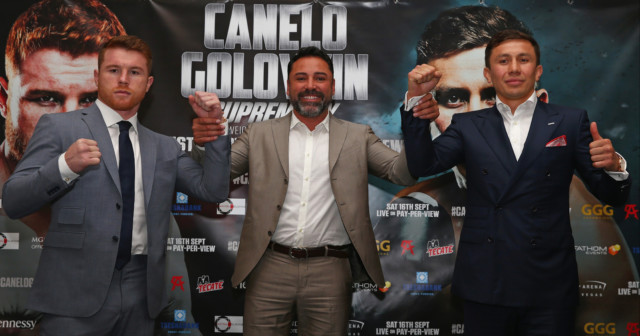 “It’s not right, it’s not human to want to try and kill somebody and touch a life.”

Canelo, 30, fought to a contentious draw against Golovkin, 38, in 2017 with several feeling the Mexican was fortunate to avoid defeat.

But in their equally thrilling rematch a year later, Alvarez prevailed with another razor thin set of scorecards.

Did you miss our previous article…
https://www.sportingexcitement.com/boxing/tyson-furys-real-name-is-luke-but-he-changed-it-to-sound-harder-like-iron-mike-says-dillian-whyte

In this article:gennadygolovkin, thechance, youknow