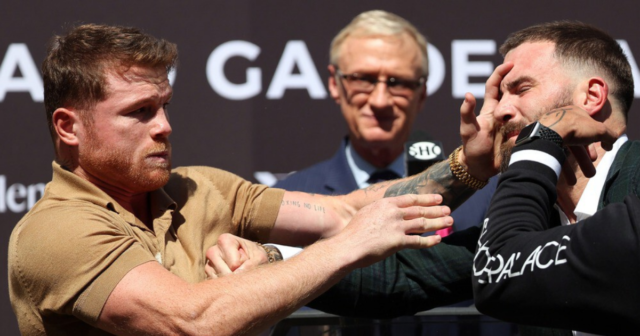 CANELO ALVAREZ and Caleb Plant will top the bill on a stacked night of action when they face off in November.

The undercard for the pair’s super-middleweight unification title fight has been revealed and includes former world champions, top contenders, and rising stars in the ring.

Here SunSport runs the rule over the bouts served up as support for the blockbuster main event at Las Vegas’ MGM Grand Garden Arena.

Dirrell shares a connection to Canelo at the top of the bill.

The American once held the WBC belt currently occupied by the Mexican pound-for-pound king.

California native Hernandez has 15 wins and four defeats in his career so far – he is 10 years younger than his opponent in Vegas.

Former WBC super-bantamweight world champ Rey Vargas steps back into the ring following an injury lay-off when he meets Leonardo Baez in another 10-rounder.

Baez has knocked out his last three opponents for a 21-4 record and is four years younger than his fellow countryman Vargas.

Opening the pay-per-view show will be the Dominican Elvis Rodriguez taking on Mexico’s Juan Pablo Romero.

Romero represented Mexico at the 2016 Olympics before turning pro a year later and remains undefeated with 14 victories in his career so far.