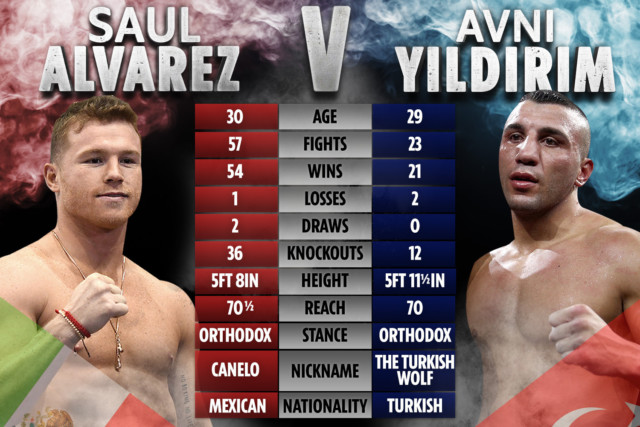 How the fighters compare ahead of tonight’s fight

Advertisement. Scroll to continue reading.
In this article:canelovsyildirim, onsaturday, thisweekend