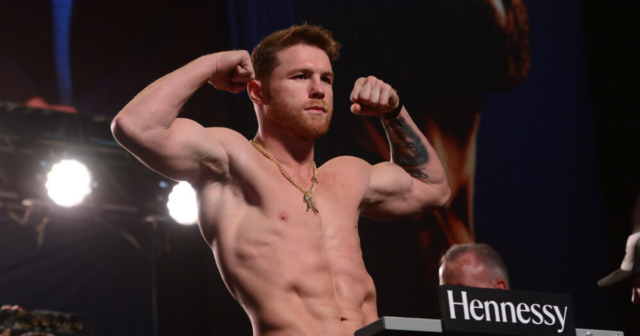 ILUNGA MAKABU has warned Canelo Alvarez is making a ‘big mistake’ by challenging for his cruiserweight title.

It comes after the WBC sensationally accepted Canelo’s request to challenge for the belt.

At the WBC convention in Mexico, the pair came face to face for the first time, with the size difference evident.

But Canelo revealed he will choose to weigh 180lb, or 12st 8lb, which is almost TWO STONE lighter than the usual 200lb, 14st 4lb cruiserweight limit.

Makabu has also insisted there will be no catchweight, ruling out any contracted stipulation which would make him drop down.

He said: “Canelo is the best boxer on the planet right now.

“So, I want to fight the best, and I accept, but there will be no catchweight for this fight.

“I think Canelo is making a big mistake, which he is going to regret. 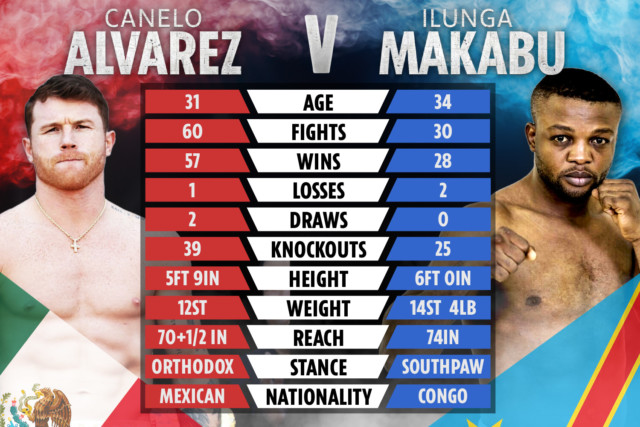 “Canelo wants to prove to people that he can do better than others and I am quite prepared to let Canelo try for this dream, but I‘ve got my also story to write down.

“Yes, this is boxing. I lost to Tony Bellew, but I came back. Now I’m telling you 100 per cent, I will knock out Canelo.”

Canelo, 31, has won belts from light-middleweight all the way to light-heavyweight.

The leap up to cruiserweight would be two divisions higher and see Canelo try and conquer a FIFTH weight class.

Advertisement. Scroll to continue reading.
In this article:bigmistake, caneloalvarez, firsttime