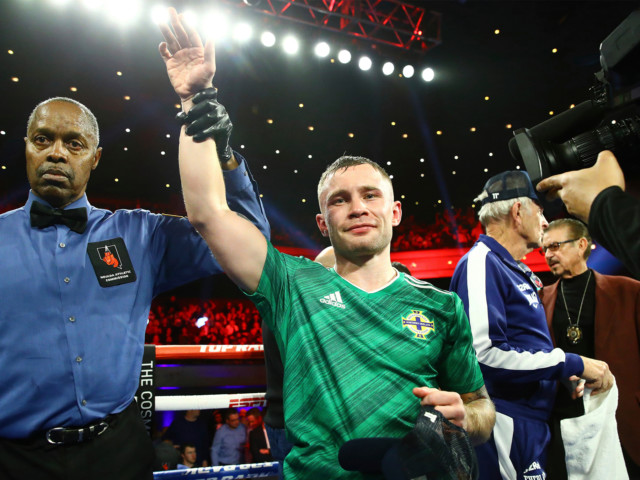 CARL FRAMPTON is back in the ring this weekend.

The Northern Irishman,33, was set to challenge Jamel Herring for the WBO super-featherweight title on June 13 but the fight has been postponed until November because of the global pandemic.

Carl Frampton is in action this weekend

As a tune-up, he takes on Scot Darren Traynor, who has stepped in as a late replacement for original opponent Vahram Vardanyan after he had to pull out because of visa issues.

When is Frampton vs Traynor?

What time is Frampton vs Traynor?

What live stream and TV channel is Frampton vs Traynor on?

Can I watch Frampton vs Traynor for FREE?

EE customers can get a free three-month trial of BT Sport by texting SPORT to 150.

You can then cancel at any time.

Frampton: “We had it sorted for June 13 but obviously with everything going on globally, it couldn’t happen.

“Hopefully it can happen and that’s not me taking my eye off the ball.

“I need to win this fight because if I lose, my career is over. Where do I go from here at this stage?”