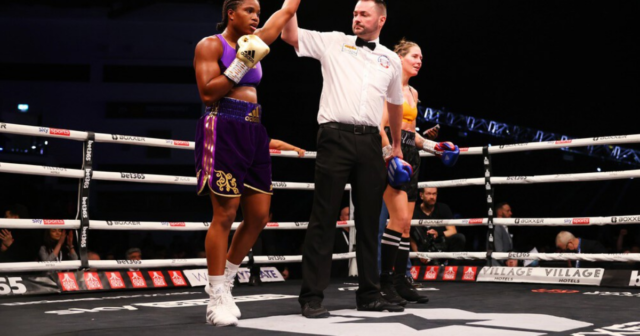 CAROLINE DUBOIS launched her pro career with a faultless debut with the future lightweight queen dazzling in purple and gold.

The 21-year-old starlet made her way to the Cardiff ring to boxing’s trademark tune of Sweet Caroline and the new boxing queen looked totally regal throughout the points win over Vaida Masiokaite.

The Youth Olympics golden girl missed out on a medal at the summer Tokyo games but is being fast tracked to world title belts this year.

The opening round of her career flew by with flurries of punches chasing Masiokaite around the ring.

Dubois was so confident in her young reflexes and footwork that her guard was down by her waist for most of the stanza.

With women’s rounds still limited to just two minutes, knockouts are rare but Dubois did her absolute best to supply a surprise.

But veteran Masiokaite, 34, knew how to handle the range of blows that were coming her way in a blur. 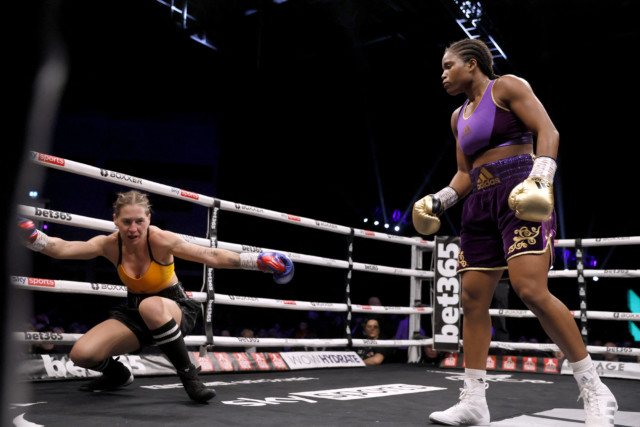 At times it looked like Dubois was going to get the job done early, but Masiokaite did well to clamber up from the canvas and force the fight to go the distance

Masiokaite did well to finish the third after a peach of a left hand from the London southpaw dropped her down to her haunches.

Dubois walked away expecting a count from the referee but Masiokaite never completely hit the deck so the pasting continued once Dubois realised.

The Brit was guilty of being too eager to please the crowd in the fourth, with her aggressive tactics making her appear clumsy in a couple of flashes.

But, when she relaxed and picked her shots, she showed off all the promise that has been lighting up gyms since she had to pretend to be a BOY called Colin to get past old-fashioned boxing trainers.

And the future world champion saw out the remaining rounds peppering the Lithuanian with a range of shots.

The crowd’s roaring version of Sweet Caroline completely drowned out the prospect’s post-fight interview but we will be hearing a lot more of this sensation very soon. 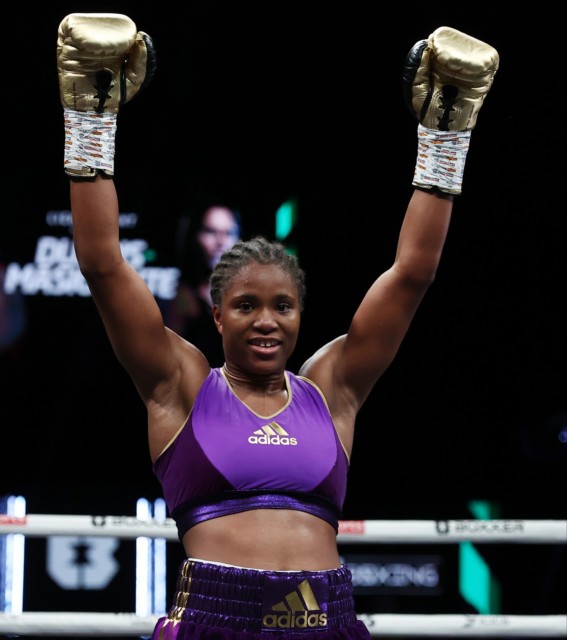 Dubois started her pro career with a win after a 37-3 record as an amateur
In this article:carolinedubois, sweetcaroline, theyouth