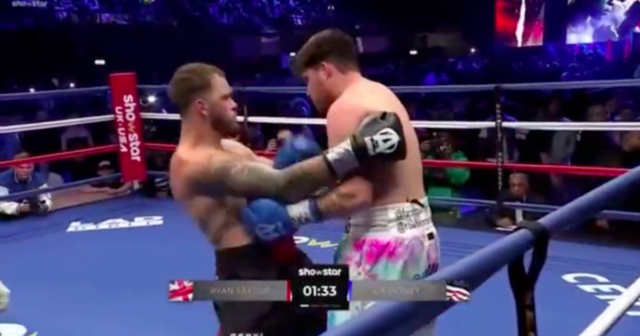 A CELEBRITY boxing match ended in utter chaos after a YouTuber HEADBUTTED his opponent.

Social media stars from the UK and US faced off in an influencer event at Wembley Arena.

The likes of Anthony Joshua and Derek Chisora were in attendance but even Del Boy would have been shocked with what happened next.

Just moments into the bout, Taylor grappled with DK Money and then proceeded to headbutt his rival.

DK Money were left floored while Taylor was sent to his corner, with fans and commentators alike stunned.

Taylor was disgracefully disqualified and rushed out of the arena as the fight was slammed online.

Even Joe Weller – providing commentary – admitted AJ must be ’embarrassed’ to have watched that.

One tweeted: “Wow that’s messed up! headbutt from Ryan Taylor no need.”

One added: “No need for that Ryan Taylor DISGUSTING.”

Another added: “Anthony Joshua and Derek Chisora in the building and he decides to do that embarrassing man.” 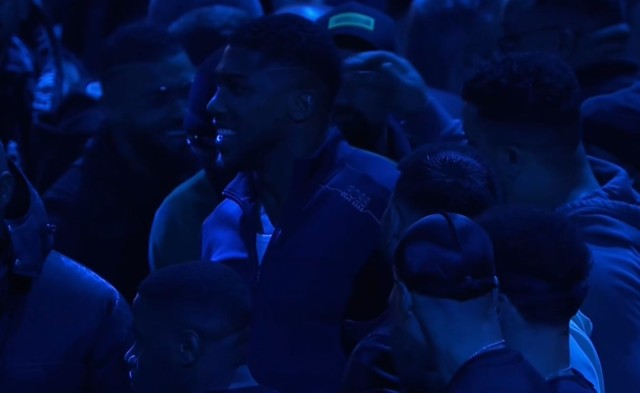 Anthony Joshua at the boxing event
In this article:celebrityboxing, socialmedia, utterchaos