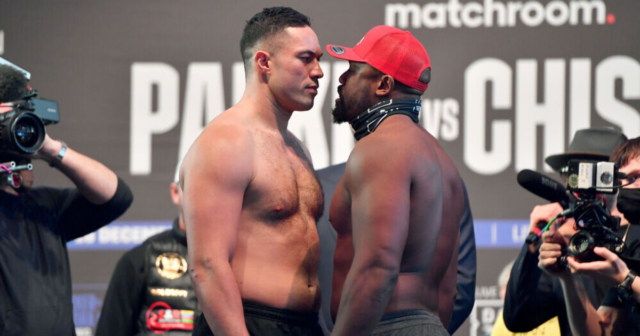 DERECK CHISORA and Joseph Parker hit the scales this afternoon ahead of their titanic heavyweight rematch on Saturday night.

Del Boy Chisora will bid to avenge the split decision loss he suffered to the former WBO heavyweight champ in May. 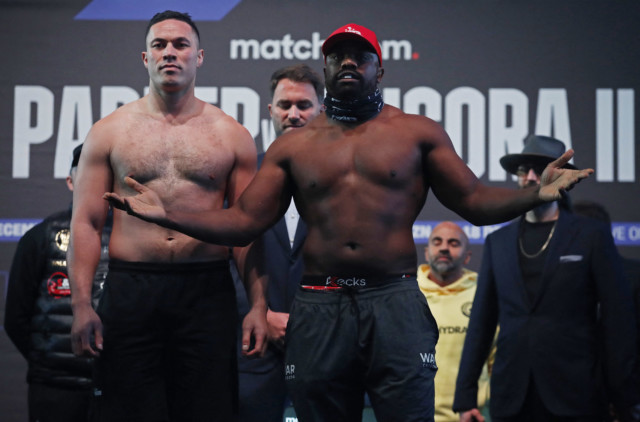 Before facing off for the final time, the bruising brawlers took to the scales to make their rematch official.

Fan favourite Chisora came in at 248.5lbs, 2.3lbs lighter than he did for their first encounter.

Kiwi Parker, meanwhile, tipped the scales at a burly 251lbs – a whole ten pounds heavier than he weighed in May.

An intense face-off ensued after Chisora put his trousers back on, with the pair jawing each other down.

Chisora, 37, still has ambitions of earning a second crack at a world title.

But promoter Eddie Hearn insists the Zimbabwean-born Brit must have his hand raised this weekend to keep that dream, and indeed his career, alive.

He wrote in his BBC column: “We will have a huge crowd on Saturday and I am anticipating a phenomenal atmosphere.

“I can see it really lifting Chisora.

“Although he will tell you he expects to fight for many years to come, he really must beat Parker to remain in these top-tier fights.

“What an amazing servant he has been.

“I know he has suffered some defeats but look at the pedigree of his opponents.

“I love Del Boy, you just never know what you are going to get. 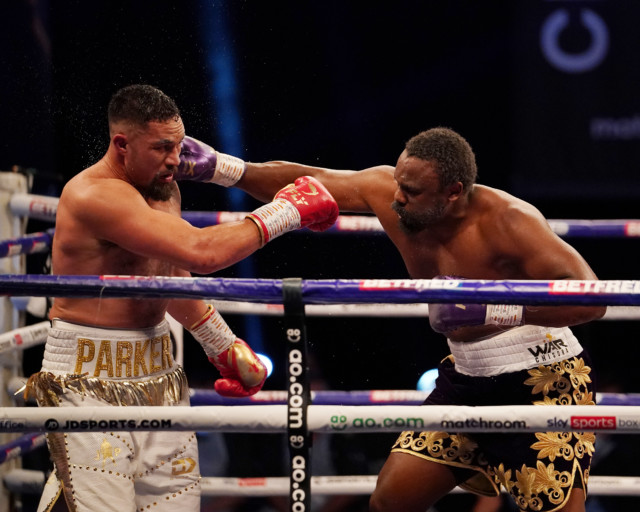 “He has a good heart and he genuinely wants to go in there and give fans value for money, which he has done so many times over the years.

“It was at this arena where five years ago he gave us one of the greatest heavyweight fights of all time against Dillian Whyte.

“He has promised me, and the fans, he will give us another firecracker on Saturday.”

Advertisement. Scroll to continue reading.
In this article:dereckchisora, onsaturday, thisafternoon