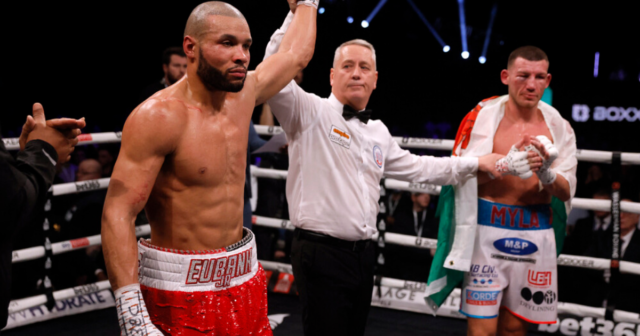 The Hove-born middleweight beat Liam Williams in Cardiff and has lots of potential fights now.

A front-runner is old enemy Billy Joe Saunders, who proudly won his second world title at his local Stevenage FC ground in 2019.

Sheffield star Kell Brook, another possible opponent, realised a childhood dream when he boxed at Sheffield United’s Bramall Lane in 2017.

World champion Gennady Golovkin is the ideal rival and Eubank Jr, 32, says his star appeal means headlining at the Seagulls — who punch above their weight in the Premier League — is a serious subject.

He told SunSport: “Bringing Golovkin or anyone else to the Amex is not a throwaway comment or fantasy.

“It’s a brilliant new stadium with a Premier League football club in a seaside town, and tourist attraction.

“Lots of other fighters have had homecoming fights and it is definitely something I want and have earned.

“I’ve boxed around the world and never been afraid to go into an opponent’s backyard, so let’s see if anyone is brave enough for this challenge.

“To be the first boxer to take a show to the Amex would be historic.

“London gets to hold most of the major shows in the south of England so it would be something special.”

A SunSport source at Brighton said: “We’re always open-minded to staging major events at the Amex, but are constrained by the Premier League season and this coming summer by the women’s Euros.”

And Eubank Jr said: “He was happy with it, we got the job done. I did what I had to win comfortably.

“I made a statement and proved I am what I’ve said I am, and that’s a far superior fighter to him.”