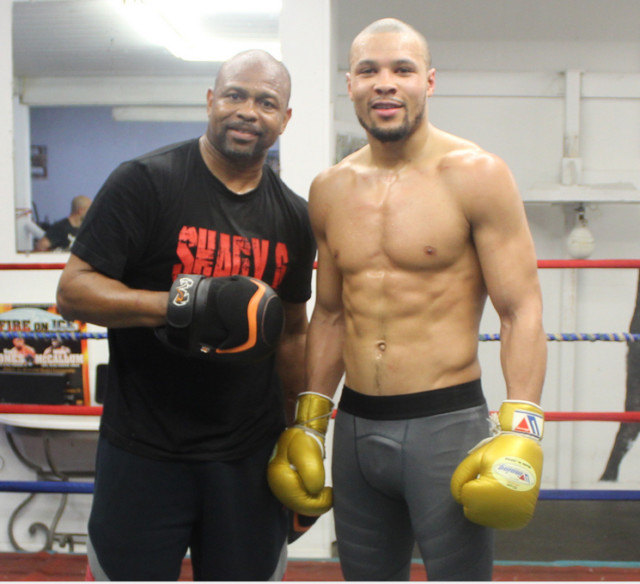 CHRIS EUBANK JR has revealed how Roy Jones Jr reformed his style and warned: ‘It’s not about going to war every time anymore’.

Eubank last year linked up with the American all-time great and later announced Jones as his coach.

Working alongside one of boxing’s most technically gifted operators has rubbed off on the middleweight contender.

And now fighting at his more natural weight, opposed to super-middle, Eubank opened up on perfecting the sweet science rather than all-out aggression.

He told Sky Sports: “Mentally is the biggest part. Physically? I’m 31, I won’t be a changed fighter, my style is what it is.

“There are things he has tweaked or made me focus on, but the main change is how I mentally approach these fights.

“The tactics, the thought process, the mind-set that I have now is different. Being with him will add years to my career.

“It’s not about going to war every time anymore. It’s about being smart and not getting hit. Some of those things I had lost focus on.

“I put that down to moving up to super-middleweight – knowing I was against guys who were naturally bigger, I got it into my head that I had to hurt them early so they didn’t bully me. I lost sight of the boxing.

“At middleweight nobody will bully me, nobody is bigger than me, so I can focus on the art and craft rather than the war aspect.

“I will still go to war – when there is an opportunity, these guys will get taken out. But there are new aspects to my game.”

Eubank has super-fights with the likes of Canelo Alvarez, 30, and Gennady Golovkin, 39, in his sights.

But first he returns against Marcus Morrison on May 1, with Derek Chisora and Joseph Parker headlining.

Eubank’s scored a career-best win against James DeGale in February 2019 and that December had only two rounds against Matt Korobov, before the Russian pulled out injured.

He said: “Ring-rust is a factor and Morrison is the perfect opponent. He is solid and he can punch so I can’t let my guard down.

“He has shown heart, he can punch. He’s not somebody to take lightly. So I’ve trained hard, like I would for any fight, and I will be at 100 per cent on the night. 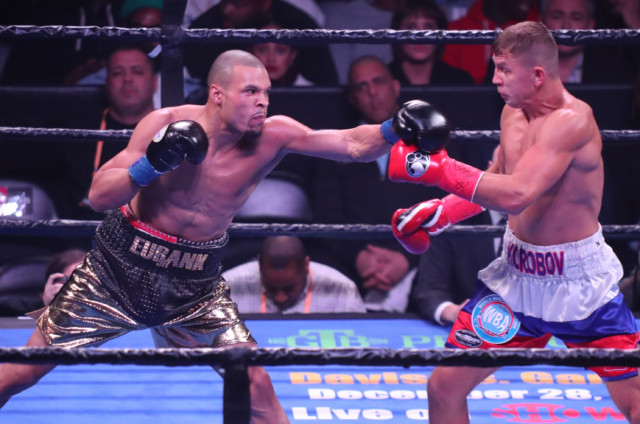 “This is a fight to get me back in the mix. I’ve been out of the ring, really, for two years which has been tough.

“What can you do? The answer was to go away and learn, to improve, and to not stagnate like a lot of fighters have done.

“I have trained in Florida with Roy Jones Jr for a year-and-a-half and, although I haven’t been in the ring, I have improved.

“I’ve got at least another solid four or five years left. This was the perfect time to get new blood, a new set of eyes and ears, and new training methods into my camp.

“I have listened to them and learned from them, and it has paid dividends. You will see the fruits of my labour.”