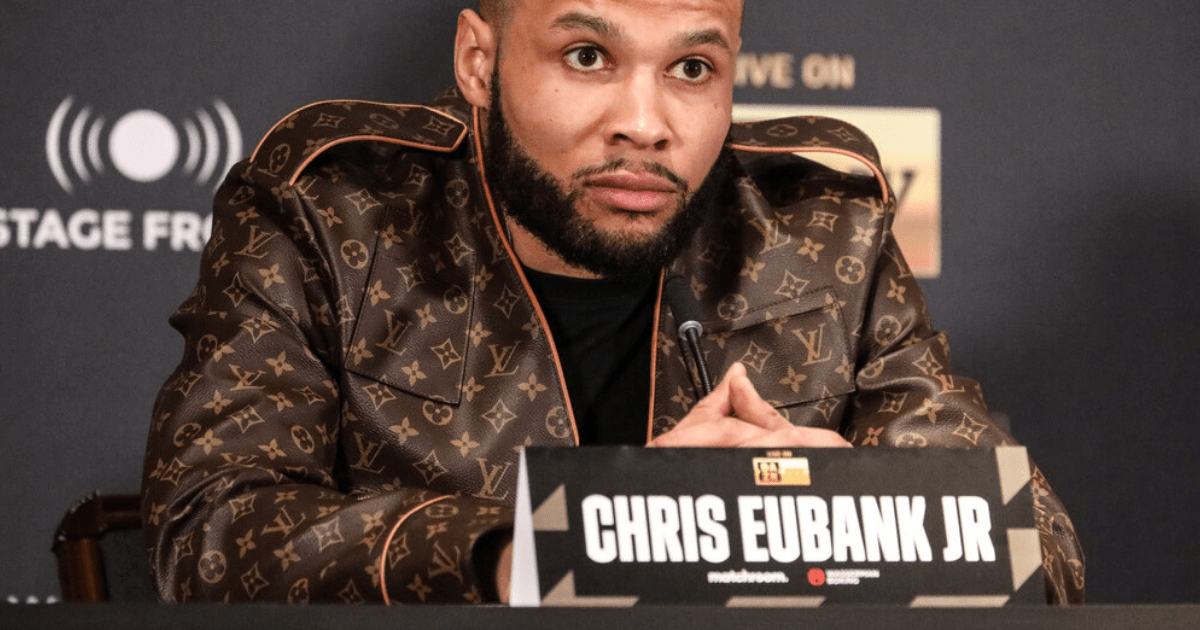 The pair, whose fathers had two wars in the 1990s, are due to continue the family feud in a 157lb catchweight clash on Saturday.

The Destroyer returned an adverse finding for the banned substance clomifene

But the sold out O2 and pay-per-view fight bout was dramatically thrown into doubt just days before the bell was due to sound.

It emerged earlier that Benn, 25, had returned an adverse finding in his pre-fight drug test.

Benn was told he had returned an adverse finding for the banned substance clomifene.

The substance, which is usually used to treat infertility in women but can increase testosterone in men, is prohibited by the World Anti-Doping Agency.

But Eubank Jr’s promoter Kalle Sauerland confirmed the star was still happy to fight – with the boxing then sharing a statement from Matchroom alongside a facepalm emoji.

Sauerland told TalkSPORT: “There has been a trace finding of a female fertility drug in a VADA test, which is seaware from the UKAD scheme.

“At the end of August and the start of September, when this test was done and it was relayed to us when the result came back.

“The board follows UKAD rules and the UKAD tests were negative. We took medical advice and although it is not a PED it can raise testosterone levels. 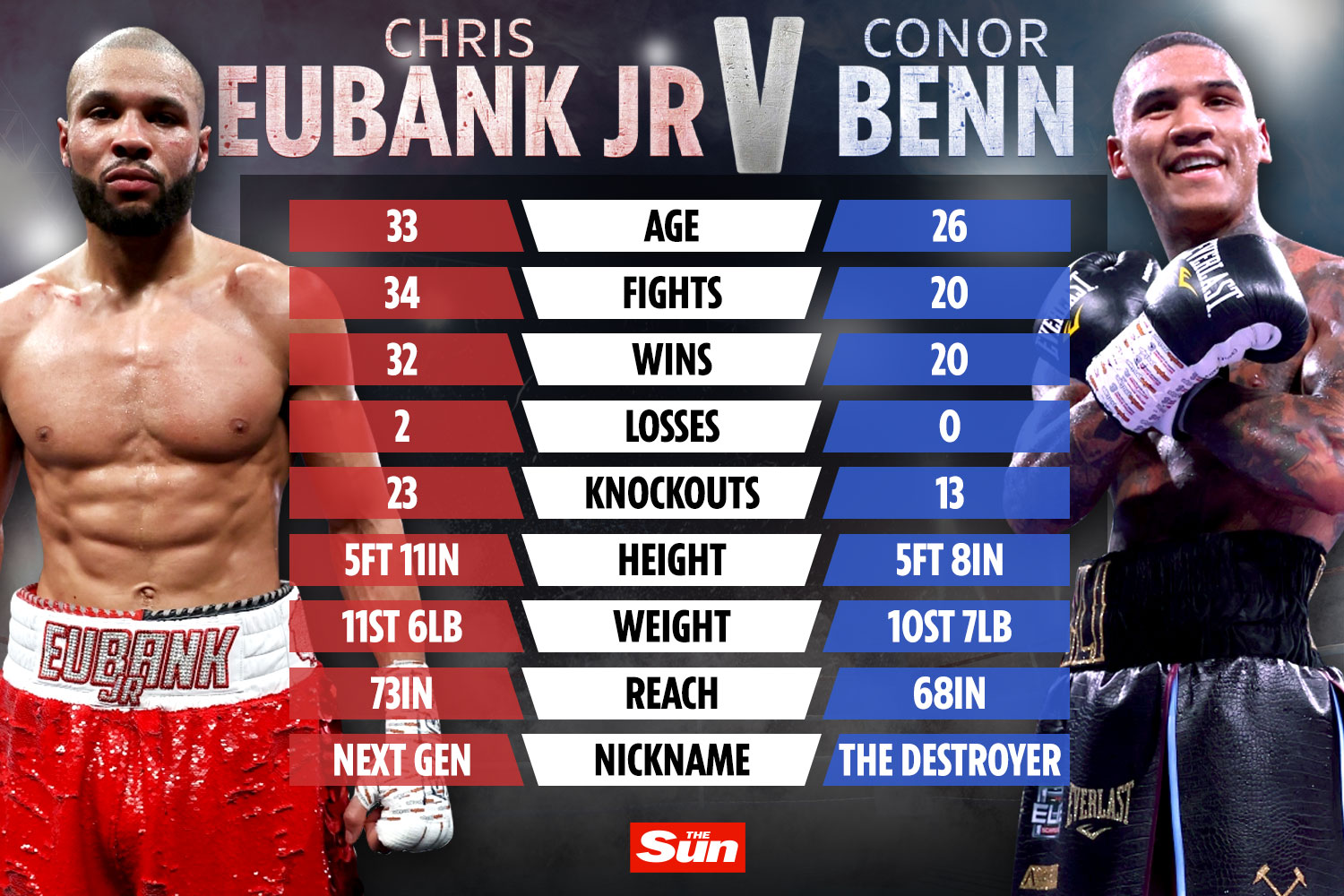 “We discussed this with Chris and he was happy to continue and he spoke to Benn directly. They had a personal discussion and it’s a personal matter for Benn.”

Sauerland added: “I can confirm we and Chris want the bout to happen.

“The instant reaction is FIGHT OFF but then you look into what it is.

“You have to look at the scenario around it and the fact the other tests were not positive.”

Matchroom promoter Hearn has also released a statement confirming that the fight WILL STILL take place.

He released a statement which read: “We have been made aware that a random anti-doping test for Conor Benn conducted by the Voluntary Anti-Doping Association returned an adverse analytical finding for trace amounts of a fertility drug.

“The B sample has yet to be tested, meaning that no rule violation has been confirmed.

“Indeed, Mr Benn has not been charged with any rule violation, he is not suspended, and he remains free to fight.

“Both fighters have taken medical and legal advice, are aware of all relevant information, and wish to proceed with the bout this Saturday.”

Eubank Jr, 32, is preparing to fight at a career-lowest weight, following stints at 160lb at middleweight and even 168lb.

And anticipation is building on whether he would make the contracted limit, following posts dining out on fast food and puddings.

Benn was also preparing to fight 10lb above any of his 21 prior wins in the ring. 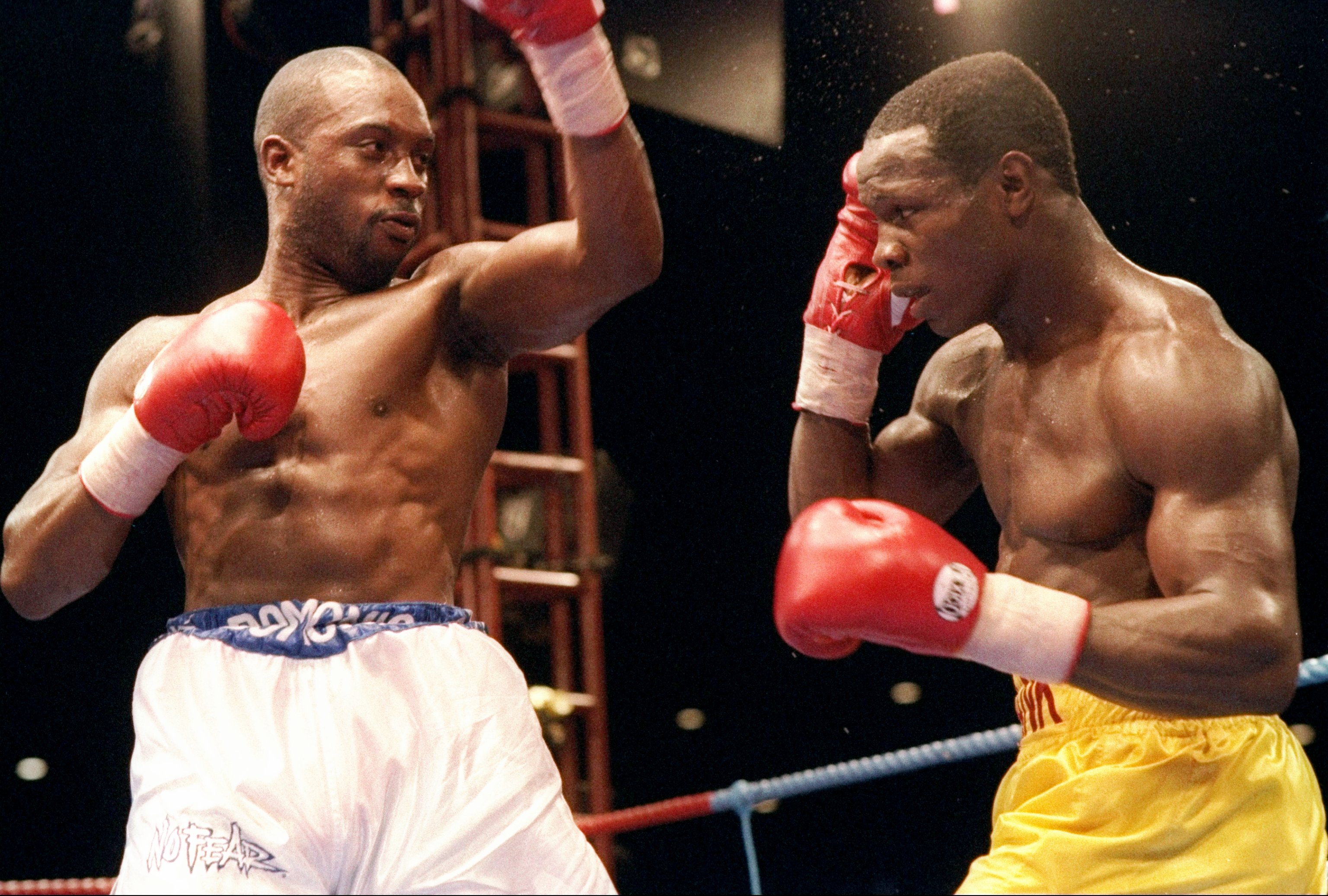 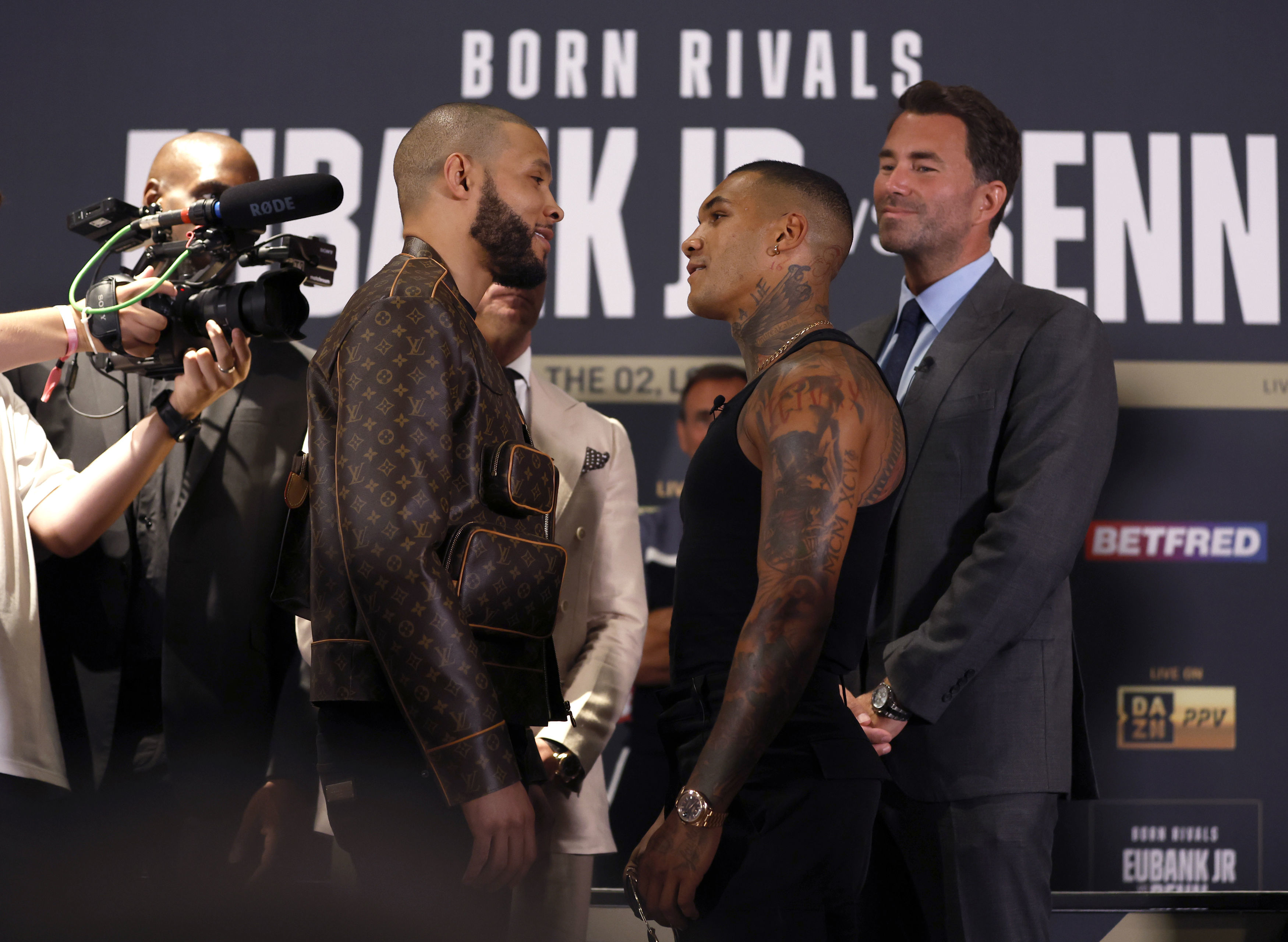 Weight lifting is essential if you want to improve your strength. However, there are certain guidelines you should keep in mind when lifting weights. First, make sure that you don’t overdo it. You should lift heavier weights at least once a week. Third, do each exercise 8 times. Fourth, you should rest for two minutes between sets. Fifth, do all exercises without momentum. Focus on form and not speed.

A punch is “a blow delivered by a fist”. Only one punch can be sustained by a human. When someone hits you in the face, he/she is punching you. You cannot hit someone’s back. This would be two punches.

You can’t train boxing without fighting. You have to work hard to become a better boxer. If you put in the work, you will see improvements in your boxing technique, speed and endurance as well as strength and stamina.

A good fight will help you improve your boxing technique. You should observe how they move, throw punches and defend themselves. Then, copy their tactics.

The next step is to spar with another boxer. Here you can see if you have improved your boxing technique. You’ll notice how fast and strong you punch, as well as how effective you are at blocking incoming punches, when you spar.

Boxing is a popular sport. Two opponents fight each other to the death. Boxing rules vary from one country or another. There are three main types of boxing: Amateur boxing, Professional boxing, and Olympic boxing.

Amateur boxing usually takes place at school, college and university. This type of boxing allows sparring without protection. Usually amateur boxing competitions consist of three rounds of five minutes each. Amateur boxing can be done in many styles, including Kickboxing and Muay Thai, Taekwondo or Karate, Judo, Wrestling, and Muay Thai.

Boxing is often practiced in gyms or clubs. They are equipped with protective equipment including a mouthpiece and nose guard, shinguards as well as elbow pads, knee pads. Waist belts and groin protectors. Professional boxing competitions consist of six rounds lasting four minutes each. There are many different types of professional Boxing such as Boxing, MMA, Kickboxing, Muay Thai or Taekwondo.

There are seven types: Left Hook (right hook), Right Hook (uppercut), Cross (cross), Straight, Overhand, Underhand. Each punch is unique. Some punches need more power than others. For example, an uppercut is a powerful punch. A straight punch on the other side requires less power, but is more effective than other punches.

There are many combinations that can be used to punch. These are combinations which combine several punches in order to achieve a specific goal. A combination may contain several parts. A left hook followed with a right-cross will cause injury to the opponent’s jaw.

Because they inflict pain, elbow strikes can be very effective. An elbow strike may be delivered directly or in an indirect manner. Directly refers to hitting your opponent with the forearm, while indirect means you hit him using another part of your arms.

A boxer should not be afraid to respond to an attack. This allows him to put distance between himself, his opponent, and the ring. A boxer must also maintain his balance when responding to an opponent’s counter-attack.

Boxing effectively requires a boxer to have a good stance. How he defends his self will depend on how he stances. It determines where he will face his opponent and how he will position his body. Boxers can take many different stances. These are the most popular:

Sparring is a form of boxing that aims to improve your skills. Sparring allows a boxer to improve his mental and physical skills. The purpose of sparring is, in short, to learn how fight and not get hurt.