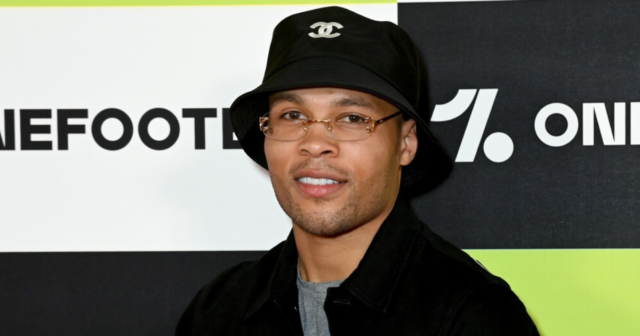 CHRIS EUBANK JR returns to the ring this weekend to take on Anatoli Muratov.

Muratov is a late replacement after Eubank Jr’s previous opponent Sven Elbir tested positive for Covid. The fight will be Sky Sport’s first in their new era of boxing.

When is Eubank Jr vs Muratov?

What TV channel and live stream is Eubank Jr vs Muratov on?

Sky begin their coverage from 7.30pm.

What is the Eubank Jr vs Muratov undercard?

Unbeaten Brit cruiserweight sensation Richard Riakporhe is in action as he continues to chase a world title shot.

Elsewhere, David Avanesyan makes his comeback after his victory over Josh Kelly in February.

Advertisement. Scroll to continue reading.
Antoli Muratov will be across the ring from Eubank Jr

Who is Anatoli Muratov?

Antoli Muratov, 33, is ranked #7 by the WBA, and has come into the fight as a very late replacement for Sven Eibir.

Eibir tested positive for Covid – which was announced on Monday just five days before the fight – and he was out.

The Kazakh-born German Muratov has won 24 out of his 27 fights, with two defeats and one draw.

Eubank Jr: “The opponent has changed but the objective remains the same. War time in 5 days live on Sky Sports.”

“Obviously Anthony Joshua is a friend of mine. I’m a little deflated that he lost, but it’s part of the game. We’ve all been there.

“If anything, this makes me want to fight even harder. I know the feelings he’s going through now.

“The first thing you want to do is get back in the ring and win. We’re going to put on a hell of a show.”