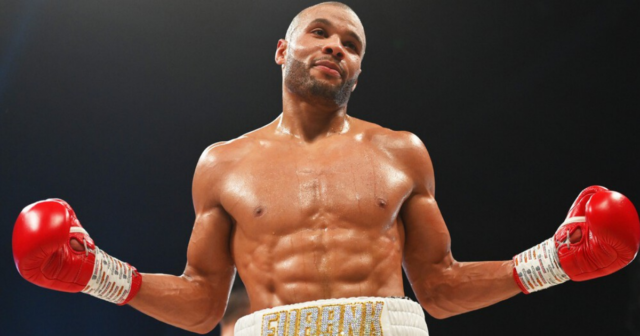 CHRIS EUBANK JR thought he was stepping into the lion’s den as he takes on Welsh middleweight Liam Williams in Cardiff – but the fight has been put back AGAIN.

The British Boxing Board of Control had to cancel the bout along with every fight in the UK throughout January.

Next Gen has fought twice so far in 2021, seeing off Marcus Morrison and Wanik Awdijan as he looks to build towards Gennady Golovkin and a world title shot.

Williams meanwhile got his chance at the WBO middleweight crown in the summer, but fell on the wrong side of an unanimous decision against Demetrius Andrade.

This will be the Welshman’s first bout in Cardiff since 2018, where he scored an emphatic second round KO of Craig Nicholson.

There is no love-lost between the two fighters and this Best of British fight could be one of the highlights of 2021.

When is Eubank Jr vs Williams?

Williams will be backed by a vociferous crowd in Cardiff

You will be able to watch every jab, duck and upper-cut on Sky Sports Arena.

Exact times are yet to be confirmed but it is likely the evening’s entertainment will broadcast from 7pm.

If you’re not a Sky customer, you can watch by grabbing a NOW TV pass from £9.99.

SunSport will be running a dedicated live blog for this fight, so you don’t miss any of the drama.

Who else is fighting on the undercard?

As yet, the final card is yet to be confirmed.

But here’s how things are looking for fight night in the Welsh capital: 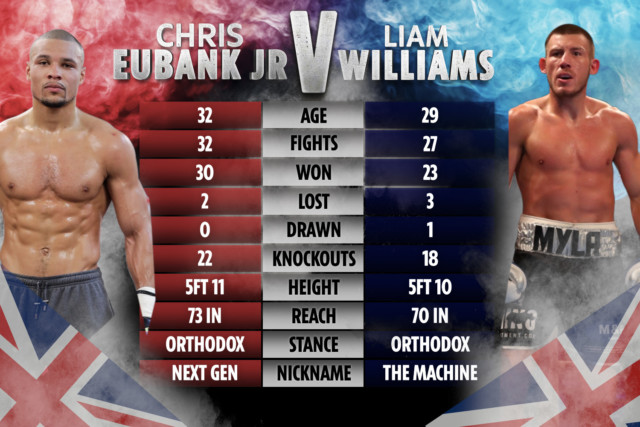 Eubank Jr: “I’m no stranger to going into the lion’s den. I’ve been booed into arenas many times before.

“It doesn’t affect me. If anything, it makes me fight harder, if the crowd is against me. Not to say that I’m hoping they are. I hope that I receive a warm welcome.

“But either way, I’m going to go in there and get the job done.”

Williams: “He’s a pretender. He just wants to make people believe that he’s at a certain level and everybody else is irrelevant and a no one, but the reality of it is he’s a clown.”

“The fans are going to be the winners.”

In this article:chriseubank, hasbeen, hewas