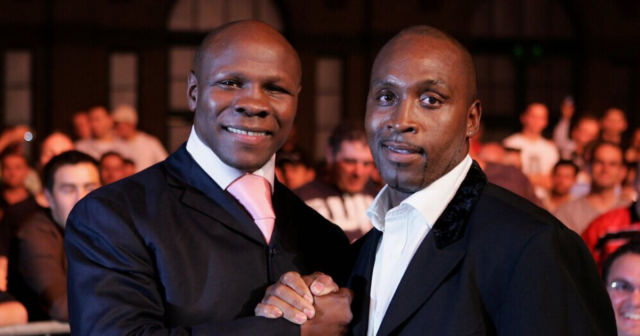 CHRIS EUBANK SR is renewing his rivalry with Nigel Benn — but would not get back in the ring with him ‘for all the gold in Buckingham Palace’.

Three decades after their epic WBO title battles, the legendary middleweights relive their feud in a speaking tour.

But while a smiling Benn, 57, says he would love a trilogy fight, 55-year-old Eubank is not having any of it.

And Benn, who trains twice a day with son Conor, fancies that final showdown with his old dance partner.

He said: “I’d love to have the trilogy because I know I won the second fight. We know they gave it as a draw — but he knows I really won that.”

Yet Eubank insists he will not be lured into taking one final pay day. 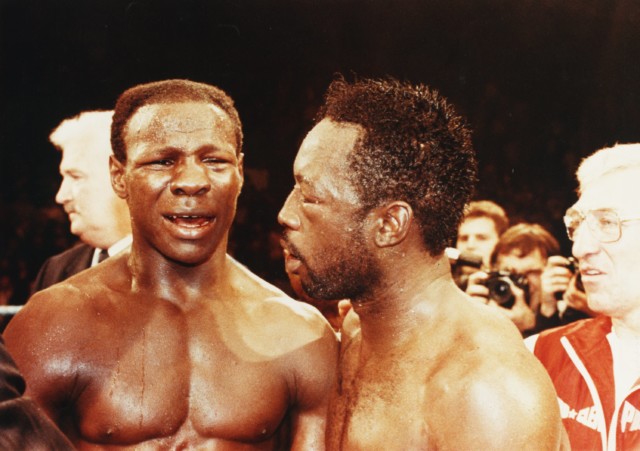 “I’ve aimed, fired and I’m grateful for my score. All the gold in Buckingham Palace could not make this king go back in there and put it on the line.”

Benn suffered a ninth-round TKO loss to Eubank in their first meeting in November 1990 at Birmingham’s NEC before their controversial draw three years later at Old Trafford.

The pair buried the hatchet several years ago but that does not mean things will not get feisty when they are up close and personal again on stage.

Benn admitted: “If we were playing draughts, chess or tiddlywinks, we’ll always have a rivalry.”

The Dark Destroyer no longer bears any ill will towards nemesis Eubank, who helped him retire a very rich man.

Benn added: “I didn’t even think we’d get this far but we have. We’ve grown up and matured. I actually thank God for having Chris in my life. Without him, I wouldn’t be a retired man.

“To be able to retire because of him at 32, wow. Thank you, Chris. And to have the lifestyle I have. These things, you only dream of these things.”

And Eubank added: “I’m happy. You show me a man that would jeopardise his happiness and I’ll show you a fool.”

Eubank’s stance, however, will not stop ultra-competitive Benn from trying to twist his arm for one last tussle.

He said: “Let’s have a good show and have a talk afterwards. There’s room out there. They’re looking for old rivalries.

Often viewed as arrogant and pretentious, Eubank looks forward to showing a side of himself rarely seen by the cameras on their 20-stop tour.

He explained: “People have slightly misunderstood me.”