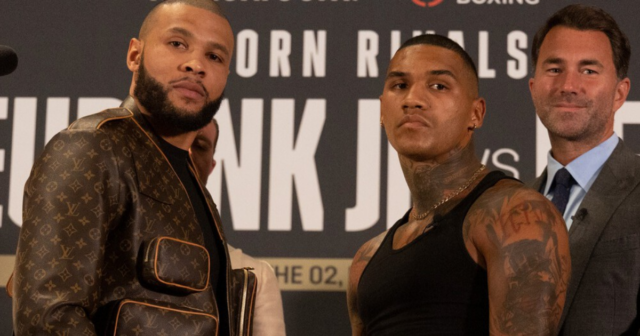 CONOR BENN is out to “set the score straight” against Chris Eubank Jr on behalf of his dad Nigel.

Benn and Eubank Jr are matched for a DAZN pay-per-view blockbuster on October 8, almost 30 years after their dads’ famous rematch.

Chris Eubank Jr and Conor Benn ahead of their catchweight clash

And with a trilogy failing to materialise, Benn is ready for redemption when the family feud is renewed three decades later.

He said: “Dad had a draw the last fight, we know he should have won. I’m just going to go in there and handle business and I settle the score.”

The weight disparity has meant the two will meet between the 154lb light-middleweight and middleweight limit.

And due to Eubank’s superior size, a rehydration clause limiting him to what he can weigh the next morning has been put in place.

Although the exact amount was not revealed live on stage as the fighting sons came face-to-face in London ahead of the fight. 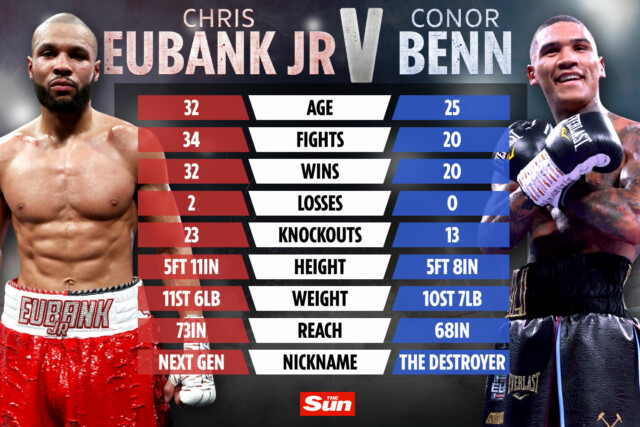 Eubank Jr said: “I can’t be 100 per cent when I have to go down to a weight I’ve never been to and then I can’t rehydrate fully.

“That’s fair, because if I’m 100 per cent it’s a public execution, I have to be at a disadvantage to make the fight reasonable.

“I’ll be 60 per cent on the night, and that will be enough to do whatever I want with you.” 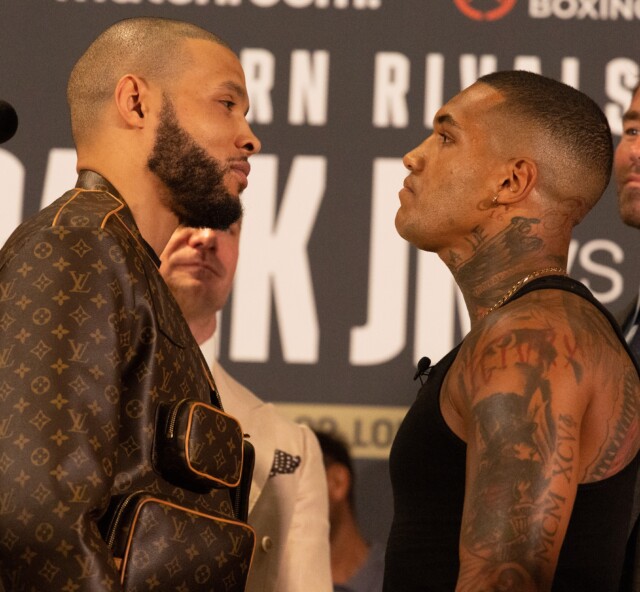