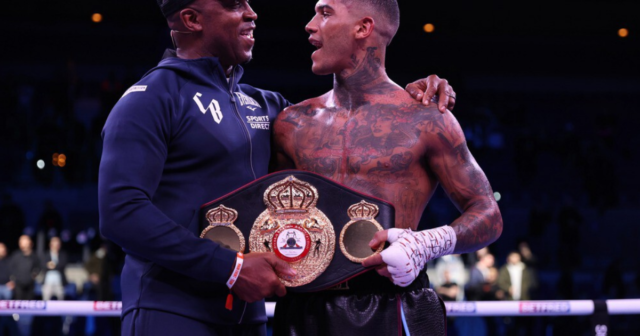 CONOR BENN looks set to step into the ring once more in April – with Robert Guerrero and Maurice Hooker mooted as opponents.

The welterweight has been eyeing a potential clash with American badboy Adrien Broner.

But promoter Eddie Hearn has other options in mind if that fight can’t be made.

He told DAZN: “(Conor) will be out in April and we’re just finalising his fight now

“We’d love the Broner fight but we’ll have to see.

“I like Robert Guerrero, I like Maurice Hooker. I like all these kinds of fights because they give us names with profile and they’re the right tests.’

Broner’s once-brilliant boxing career has been plagued by legal and personal problems away from the ring.

But the four-weight world champion – and protege of Floyd Mayweather – remains a major name in the sport whose scalp Benn would like on his record.

Hearn added: “I have spoken to Broner and ideally he wants a fight before he fights Conor because he is on this crusade of seriousness, can you believe?

“He wants to have one last run at it and that means being prepared for the Conor fight.

“He stressed he is ready to fight Conor Benn but that he would like a warm-up fight in March if possible.”

Guerrero, 38, is a two-weight world champion who has taken the likes of Mayweather, Danny Garcia and Keith Thurman the full 12 rounds.

Did you miss our previous article…
https://www.sportingexcitement.com/boxing/anthony-joshua-shares-his-10-gym-rules-and-tells-traitors-and-oleksandr-usyk-spies-to-f-off