Conor Benn tattoos – what do they say and what are their meanings ahead of his fight against Chris Eubank Jr?
Advertisement 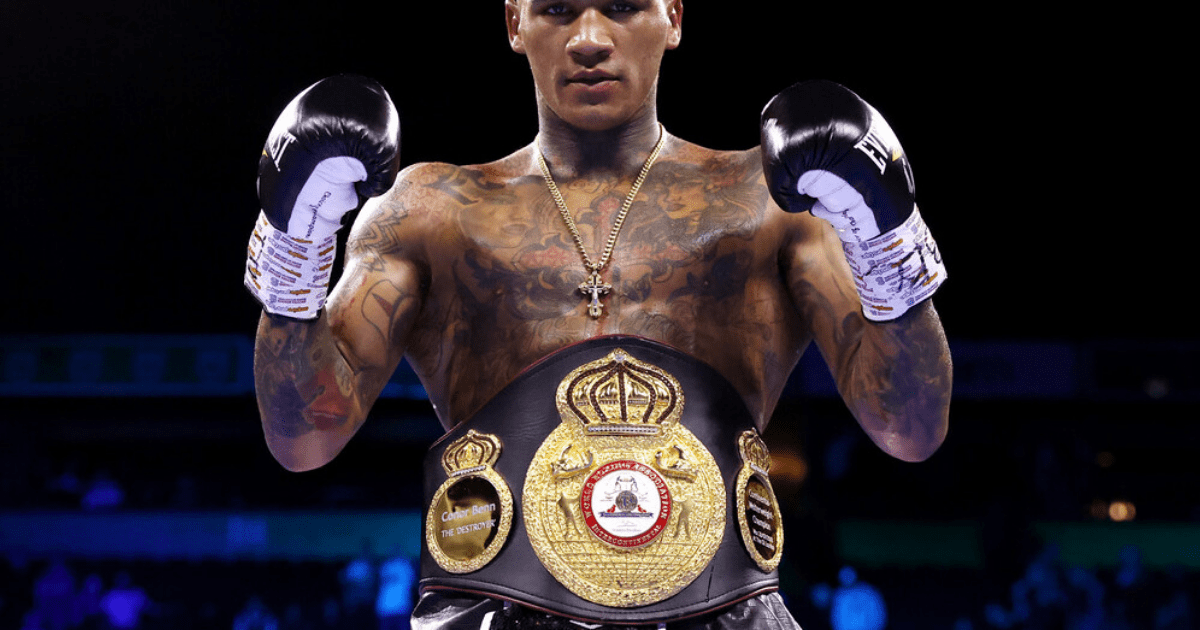 CONOR BENN is set to step in the ring to fight Chris Eubank Jr on Saturday night.

Benn has multiple tattoos around his face 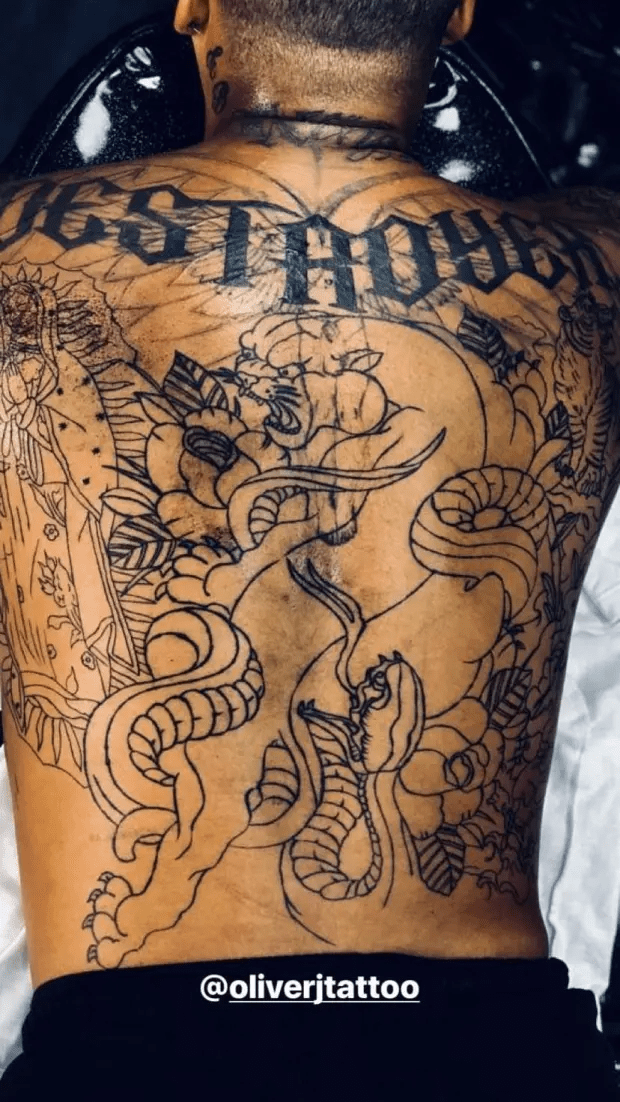 Benn explained the meaning behind some of his tattoos 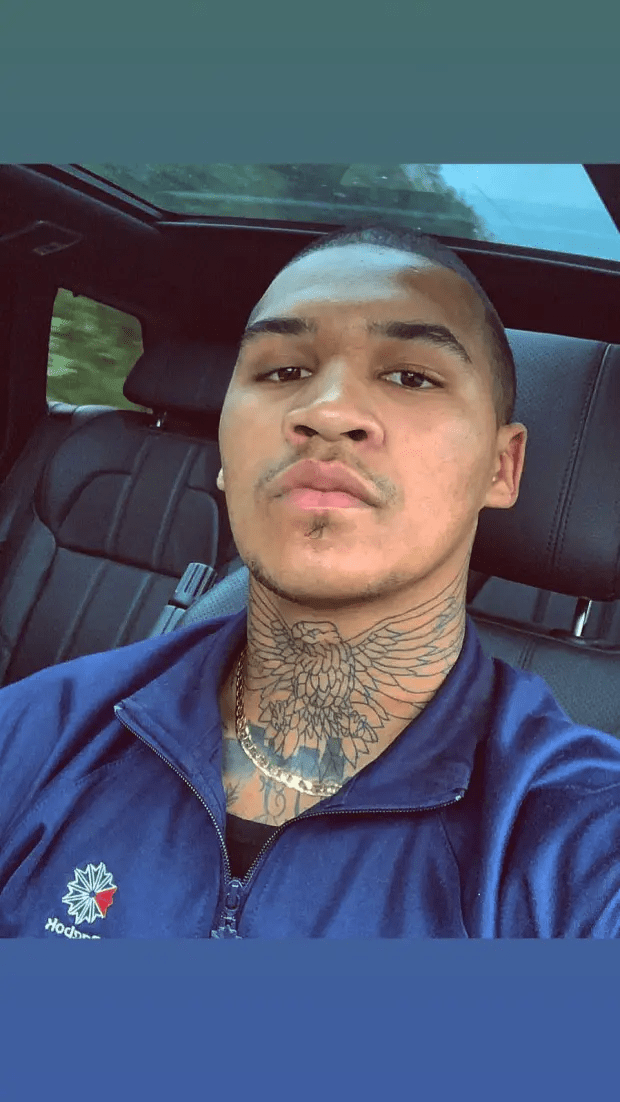 Conor Benn’s neck has an eagle on it

Speaking ahead of the fight Conor Benn revealed much about his tattoos.

He is covered in body art from head to toe and he explained the meaning behind his neck tattoo that says ‘Fear is a Lie.’

The 26-year-old was asked if he feared losing he replied: “I’ve got fear is a lie tattooed across my neck.

“Fear to me is a lie. I mean fear is an illusion. You can fear something that doesn’t even happen.

“How can you give something some power or fear something that hasn’t even happened yet. It only exists in your head and nine times out of ten it doesn’t happen anyway.

“So, me fearing losing is why I train so hard. I love winning, don’t get me wrong but I probably fear losing a bit more.

“I train out of fear I really do. I don’t think I could deal with losing. I fear it so much I get scared.

“And that’s why I train so hard, I have my reasons and if fear is what gets me out of bed in the morning at 5am, I’m gonna do that. I’ll do it twice on Sundays if needs be.

“All I can do is do everything in my power to make sure that I am not beat by me. When I get in the ring I’m not beat by Conor Benn.

“If the other man beats me, I can’t even say fair enough, I can’t beat myself.”

‘The Destroyer’ has his nickname written across his shoulders and also has his own brand’s logo ‘CB’ on his body.

The welterweight additionally has a large cross on his chest and the words Fear God across his stomach.

Furthermore the boxer has a tribute to his son Eli Clay on the side of his face. His name is tattooed near to his ear.

Speaking about the tattoo Benn exclusively told SunSport that he had to get his mother’s permission for it.

Benn revealed: “I have my son’s name tattooed down the side of my face now so he is never far away from me.

“I must admit I had to call my mum and get permission for that one because I always promised her I would never get one on my face.

“I made the call and explained it to her and she gave me permission.

“I was never going over the eyebrow, or doing a Mike Tyson, I had thought about a facial one before but don’t think I have it in me.”

Benn will be looking to do better than his father managed against a Eubank family member as his bouts ended in a loss and a draw.

However if Eubank Snr had his way the fight would not be going ahead at all as he is worried about his son’s safety after losing weight for the fight. 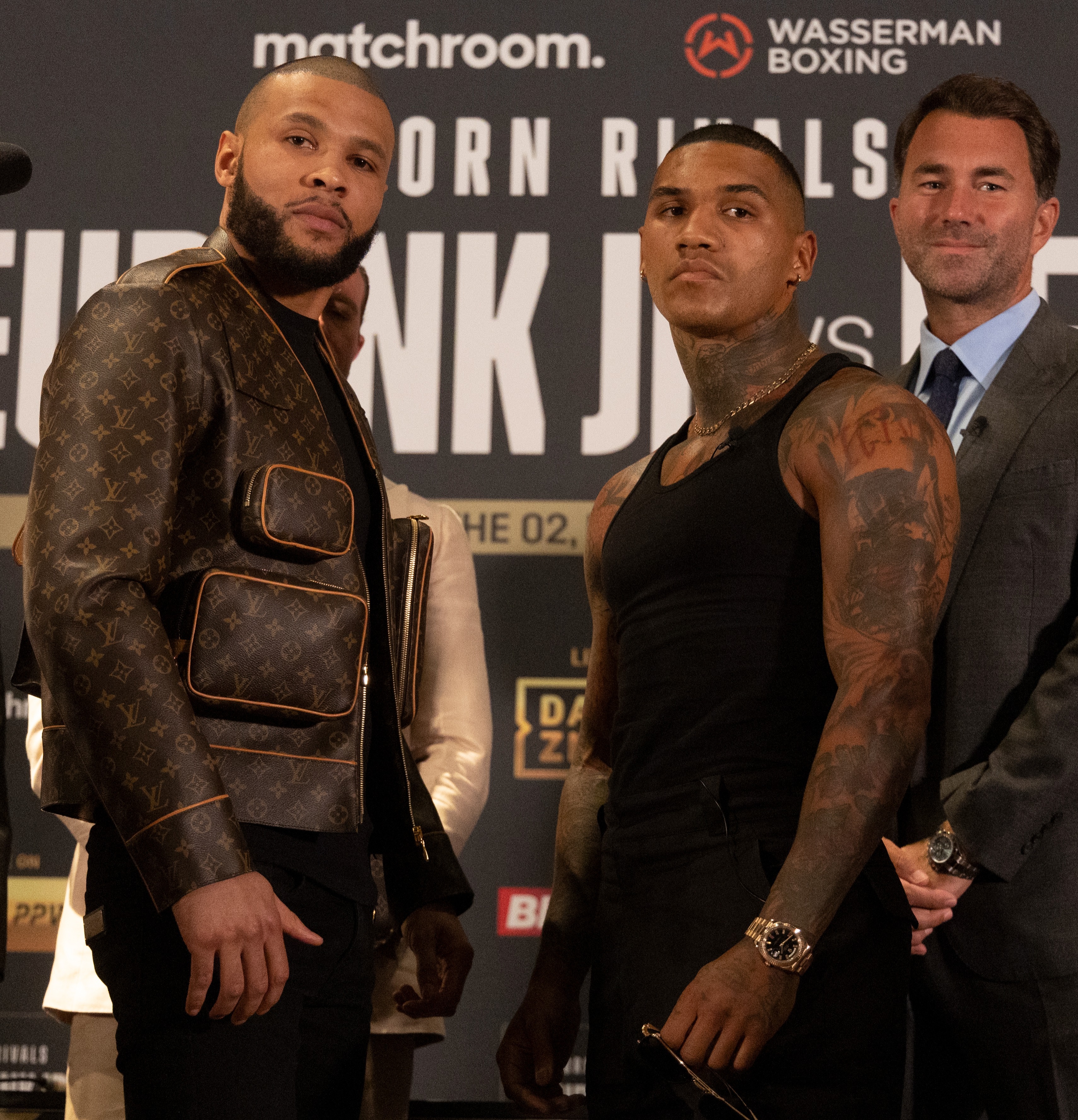 If you are looking to increase your strength, weight lifting is a must. You should be aware of these guidelines when lifting weights. Don’t do it too often. Try to lift heavier weights every day. Third, do each exercise 8 times. Fourth, allow for 2 minutes rest between sets. Fifth, all exercises should be performed without momentum. Focus on form and not speed.

A punch is “a blow delivered by a fist”. A punch can only be taken once per person. You are punching someone in the face if they hit you. You can’t hit them/her back. That would mean two punches.So, technically speaking, humans can only take one punch at a time!

Boxing is a sport in which two people fight to knock one another out. They do this by hitting each other in the head and face. Boxing is about hitting an opponent as hard possible, without inflicting any injuries. For this to happen, both boxers have to be able and willing to throw punches at a high rate of speed. They must also have good hand eye coordination.

There are seven boxing punches. They include jab and cross, hook and uppercut, straight right and left hook, as well as body shot. These punches are used for attacking the opponent’s body, head, and legs.

You can learn how to box. You just need to find a boxing gym near you and join a class. You can find free classes at most gyms, or you can search for nearby boxing clubs via Google.

Also, you will need equipment such as gloves, mouthpiece, headgear, sparring partners, and headgear. Once you have this equipment, it’s time to start practicing your kicks.

You can practice boxing using a punching bags. You will continue to punch the bag until the technique is perfected. You can then move on to another area of your body. Once you feel comfortable with one area, you’ll move on to the next.

The goal of learning boxing is to improve your physical fitness level and develop self confidence. Boxing is a popular sport. It requires strength and speed as well agility, coordination, balance, power, and accuracy.

There are many boxing training options. Some programs are offered at local gyms and others at your home. You can also study online from any location in the world.

Advanced programs can last up to six months, and usually cost about $300. They may include nutritional advice, stretching, warm-up exercises and instruction on proper technique. Some programs include resistance training such as lifting weights and aerobic conditioning such as running.