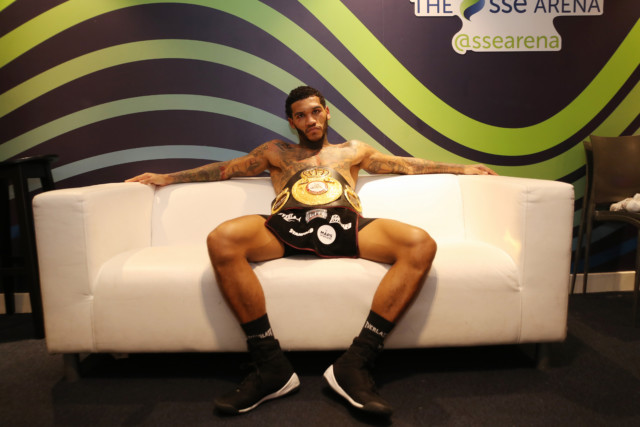 CONOR BENN is back in action tonight as he takes on Samuel Vargas in a step-up welterweight clash in London.

Benn hasn’t been in the ring since his unanimous decision win over Sebastian Formella last December.

And The Destroyer, son of British boxing legend Nigel Benn, is now back, as he hopes to become the sport’s next big star in the UK.

When is Benn vs Vargas?

What channel is Benn vs Vargas and can it be live streamed?

“Vargas brings a real threat and one I’m really excited for,” Benn said.

“This is a guy who put [Amir] Khan on the deck and a fighter who has been in with Errol Spence.

“He’s definitely going to bring the heat on April 10, and I’m going to match fire with fire — so it should be explosive.

“Growing up around my dad I was always naturally drawn to the sport of boxing.

“Once I felt confident in my abilities as a boxer, it was a natural fit.”