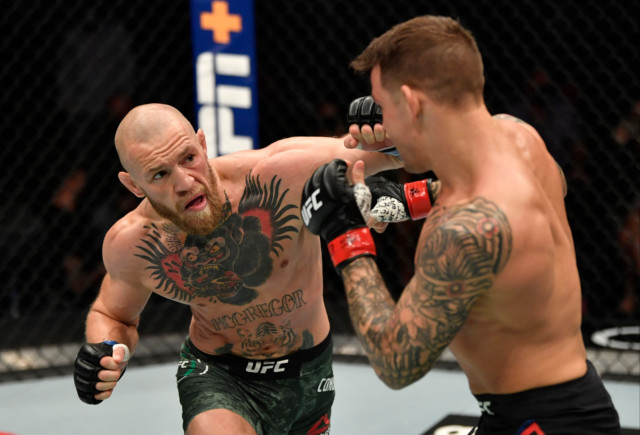 CONOR McGREGOR admitted he ‘deserved’ to get his legs battered by Dustin Poirier after focussing too much on a boxing stance.

McGregor opened up about using the change of styles against southpaw Dustin Poirier to prepare for a future fight with left-hander Manny Pacquiao.

The Irishman was knocked out at UFC 257 and afterwards left unable to walk having been on the end of brutal calf kicks.

It also saw his big-money boxing return to face Filipino icon PacMan all-but KO’d for now – as McGregor instead looked ahead to a trilogy with Poirier.

He wrote on Instagram: “I was savouring very second and enjoying my work.

“A little single disciplined in my approach and stance with mostly boxing.

“It’s what I get for picking this bout and opponent as a precursor to a boxing match against Pacman.

“I deserved to get the legs kicked off me going in with this thinking. This is not the game to play around with.”

But the scored was levelled in Abu Dhabi in January, opening the door to a blockbuster trilogy bout.

And McGregor called for the immediate rematch with Poirier, and suggested the lightweight title should be on the line.

He said: “A well fought fight by The Diamond. 1 a piece now with a Trilogy bout for all the marbles!

“Wow! Exciting! Not a trilogy I was expecting, nor the tactical affair I was anticipating, but I’d be lying if I said this wasn’t meant to be.

“This is exactly how this was always meant to be! Buzzing!!” 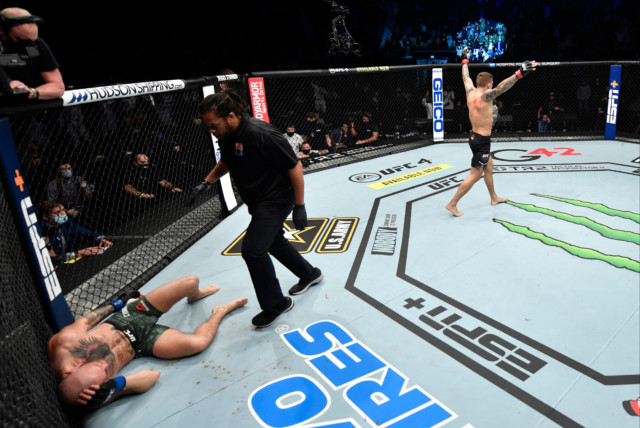