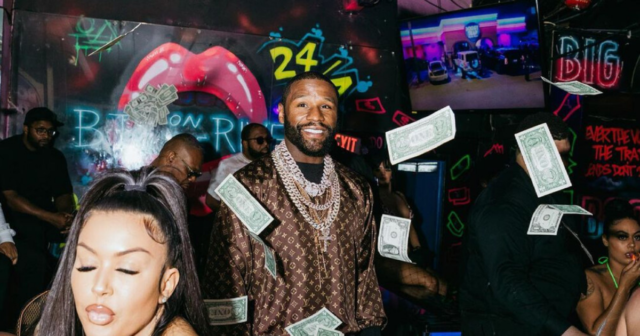 CONOR McGREGOR mocked Floyd Mayweather for winning only $35,000 after his loss at UFC 264.

Mayweather, who beat the Irishman in 2017, revealed he bet $50,000 on McGregor to lose in his trilogy fight with Dustin Poirier.

And after the former two-weight champion suffered a horror broken fibia, the bone extending from knee to ankle, he was beaten by doctor’s stoppage.

Mayweather, who topped Forbes’ rich list of the decade in 2019 with a £706m fortune, retired after stopping the UFC legend in ten rounds.

McGregor recently offered the American a rematch while criticising his exhibition bout with YouTuber Logan Paul, 26, which ended without a winner after it went the distance.

But he is now focusing on recovery after a successful surgery with a fourth fight with Poirier eyed.

Addressing his fans, McGregor said: “It was a hell of a first round, it would’ve been nice to get into the second round then see what’s what.

“But that’s the nature of the business, a clean break on the tibia and it wasn’t meant to be.

Onwards and upwards we go

“Dustin, you can celebrate that illegitimate win all you want but you’ve done nothing in there.

“That second round would’ve shown all. Onwards and upwards we go.

“We dust ourselves off, we build ourselves back, and we come back better than ever.”

Advertisement. Scroll to continue reading.
In this article:conormcgregor, dustinpoirier, floydmayweather