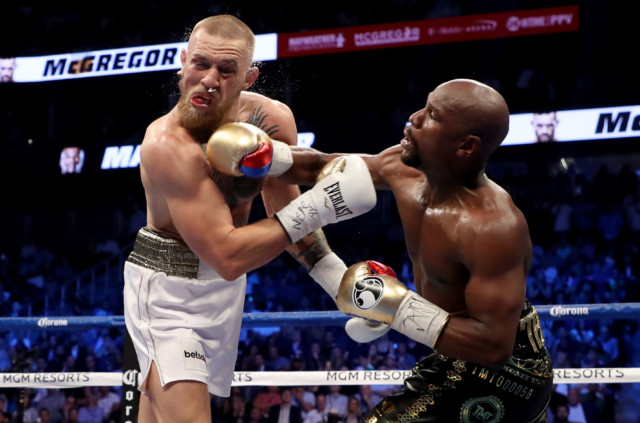 FLOYD MAYWEATHER vs Conor McGregor II is on course for Saudi Arabia – on a mega-money cruise ship.

SunSport revealed last week that the 43-year-old Money Man and the Irish MMA icon were in talks about a possible rematch.

Conor McGregor might get that rematch against Floyd Mayweather after all

McGregor, 32, had plenty of irons in the fire before the weekend but his shock second-round KO loss to Dustin Poirier on Saturday’s UFC show in Abu Dhabi wrecked his plans for a boxing bout with Manny Pacquiao.

And Mayweather wasted no time before steaming in and insulting The Notorious, in the perfect way to kick-off the hype around their potential second blockbuster.

Before the ice pack on McGregor’s battered right leg had even melted, the 50-0 boxing legend called him ‘Conman Artist McLoser’ and panned his bid to face eight-weight icon Pacquiao, who Mayweather beat in 2015.

Money Man said: “Just know, that bum will never be me or be on my level.

“I’m just built different, my mindset is on another planet, my skills are second to none, I’m a natural born winner and yes I talk a lot of trash, but every time I back it up.

“Connor cannot even win in his own sport, but talking about coming back to boxing to fight Pacquiao. 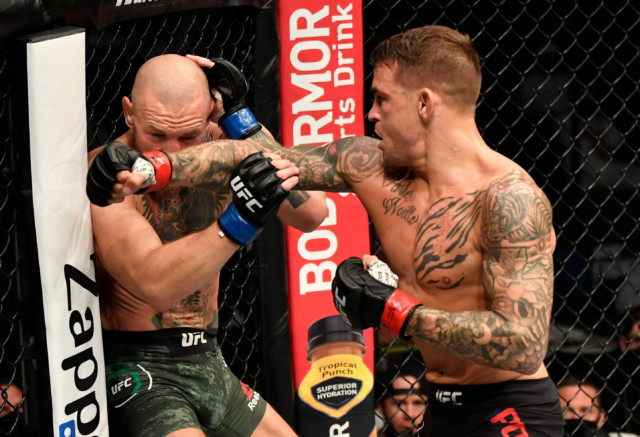 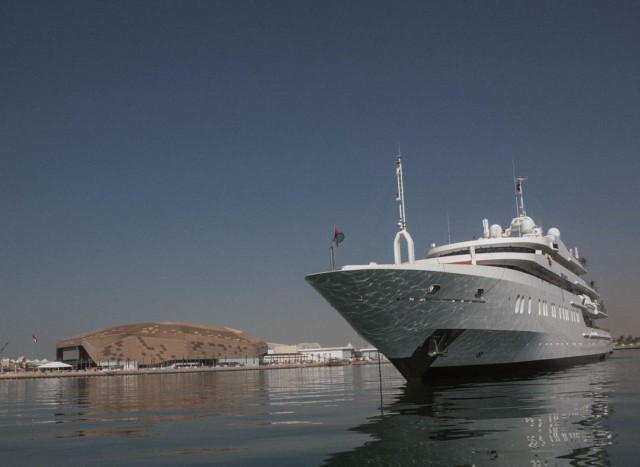 The first MayMac fight in 2017 almost sold out the 16,000 seater T-Mobile arena in Las Vegas, raking in around £50million in VIP ticket sales.

But with the pandemic flooring the idea of packed arenas or stadiums, the idea of a luxury liner with only a few super-rich fans buying mega-money tickets has been floated.

McGregor sailed into Yas Island for the weekend’s bout on a 300ft yacht and a huge secluded bubble would minimise Covid-19 risks, while adding a James-Bond level of intrigue.

Anthony Joshua promoter Eddie Hearn revealed last year that he had been pitched the idea of a boat hosting AJ’s December win over Kubrat Pulev, that eventually happened at Wembley Arena.

So there is definitely a floating boxing ring somewhere that is being offered to the world’s biggest matchmakers. 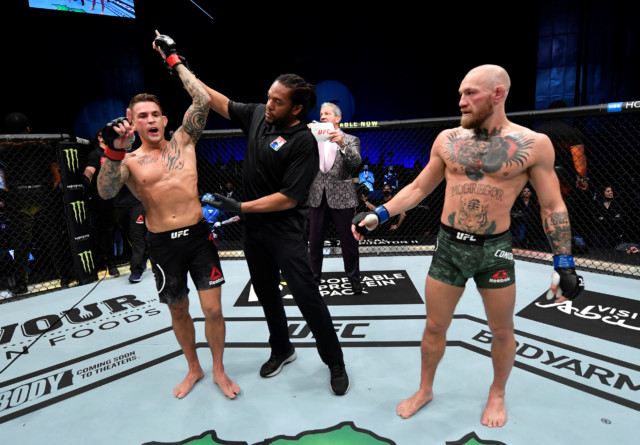 McGregor is considering his next move after a shattering UFC loss

Undefeated icon Mayweather stopped McGregor on his professional boxing debut bout in August 2017, 16 months after SunSport broke the story of the cross-sport showdown.

Mayweather went 50-0 with the tenth-round Las Vegas stoppage of the Dubliner, making around £250million once all the pay-per-views sales were totted up.

And the five-weight champ boosted that windfall at the bookies by carrying the novice in the early rounds backing himself to get the win late.

McGregor, the former apprentice plumber who went from claiming €188 dole cheques to making the UFC a $4bn empire, cleared around £100m from the clash.

Despite repeatedly breaking box-office and PPV records across dozens of fights, rumours of cash trouble follows strip-club boss Mayweather around.

And the chance to make another outrageous paycheck by meeting McGregor inside a roped ring under Queensberry rules will be easy money for the pound-for-pound genius.

McGregor’s MMA reputation has taken a shellacking with two losses from his last three fights, Khabib Nurmagomedov brutally submitting him and Dustin Poirier beating him at his own striking game most recently.

But the two master salesmen could still put aside their advancing years and dented reputations to make obscene money during a crippling recession.

The original was a PPV smash with 4.4m buys in the US and around 875,000 in the UK despite the twilight start time.

And with so few entertainment options to rival a possible event, it could end up being another bumper earner.

McGregor insists he will win a bonafide boxing world title before his career comes to a close.

And, although Mayweather currently holds no title and the sanctioning bodies do not allow title challenges instantly after a loss, the money on offer could be enough to bend any of the fight game’s flimsy rules and regulations. 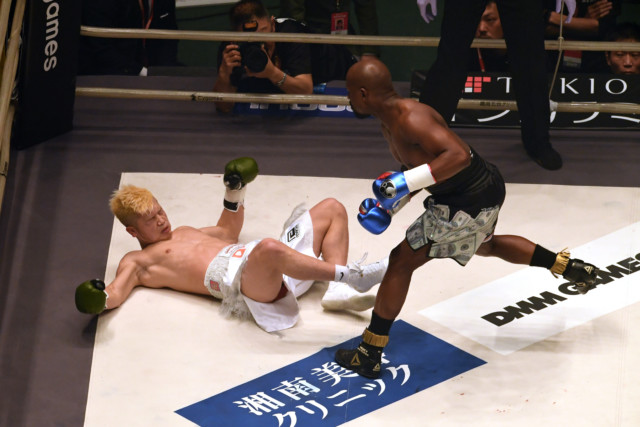 Mayweather went over to Japan in 2019 to batter a kickboxer

Veteran superstar Mayweather remains a ruthless gun for hire and he travelled to Japan in December 2018 to batter a top kick boxer to tears on New Years Eve.

Unlike in his drawn-out professional fight with McGregor, Pretty Boy Floyd used the exhibition bout to embarrass Tenshin Nasukawa with three knockdowns inside the opening round, with his corner throwing the towel before he had hurled a single punch.

The bizarre spectacle was the latest in Mayweather’s long-list of get-richer-quicker schemes with his life-timing earnings piling up over one billion dollars.

But, despite his outrageous social media boast posts and piles of cash, rivals like McGregor and rapper 50 Cent claim the bet-loving party boy keeps starring in bizarre bouts to stave off bookies and the taxman.

Paul lost his first and only fight in November 2019 when fellow internet celebrity KSI outpointed him in a clumsy Los Angeles event.

But mastermind Mayweather has spotted the 22m subscribers and 6bn views Paul has so far generated and booked himself in for a tasteless earner of a bout.