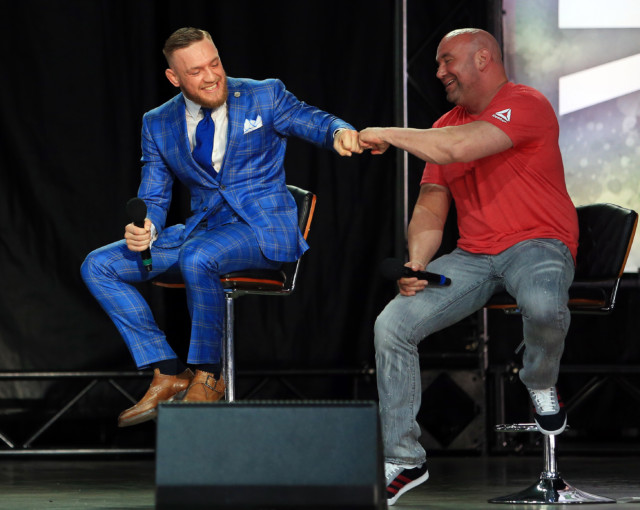 UFC president Dana White wants Conor McGregor to forget about a return to the boxing ring this year.

The former two-division UFC champion has ambitions of returning to the squared circle, which he entered in August 2017 for a blockbuster showdown with Floyd Mayweather.

But White would prefer the Irishman to focus on returning to the top of the MMA mountain, telling ESPN: “I would love to see him focused on what he can do here at the UFC.

White has no problem with McGregor boxing again, he’d just prefer him to do so in the latter stages of his career.

He added: “A boxing match with any of these guys, that stuff’s always going to be there. 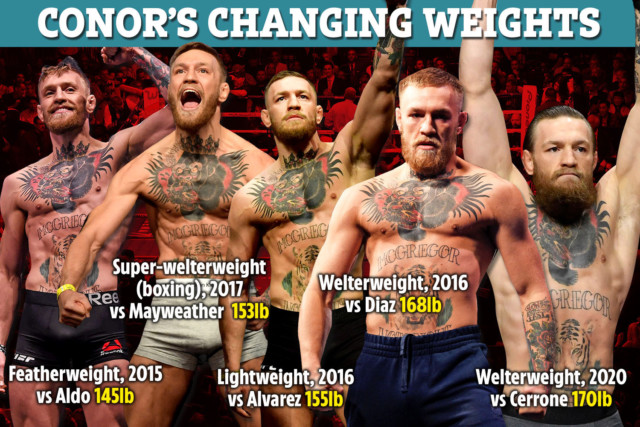 “You are the absolute best in the world right now in MMA and the timing is right now. Not getting any younger.

“I’d love to see him go for it here over the next year. If he wants to fight one of these boxing guys, do that next year. That fight’s always going to be there.”

Should McGregor return to the ring and get a win over a top-15 opponent, he could find himself in line for a world title shot.

WBC chief Mauricio Sulaiman told SunSport: “I would say, he needs to face and defeat a ranked fighter, then he would be eligible to be ranked and to compete for a title.

“Because, we have plenty of examples of Muay Thai fighters, who turn professional in international boxing, and they are eligible to fight for the title. 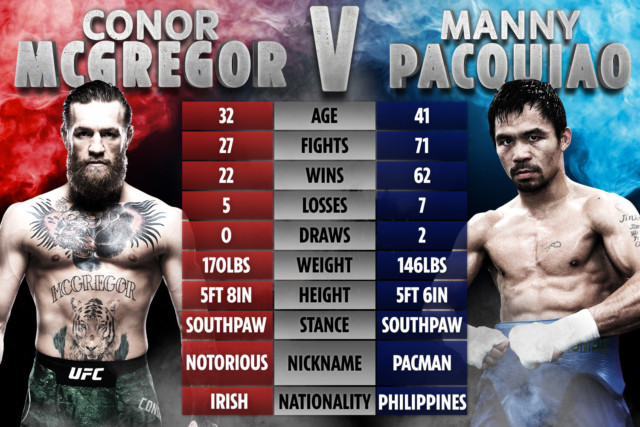 How McGregor and Pacquiao stack up ahead of their proposed fight

“We also have amateur superstars like Vasyl Lomachenko, they come into professional boxing and fight for the title and it’s proven it works.

“Conor has a mixed martial arts resume, so if he comes into boxing and wins a fight against a ranked fighter, he would be eligible to be ranked.

“This is not a rookie entering the sport; he has a long history of combat sports, so it’s a different scenario of what it used to be in the past.”

McGregor, 22-4, is currently gearing up for his UFC 257 rematch with Dustin Poirier, whom he’ll face a week on Saturday.

But the winner of the lightweight showdown won’t be crowned the new ruler of the division, despite the recent retirement of champion Khabib Nurmagomedov. 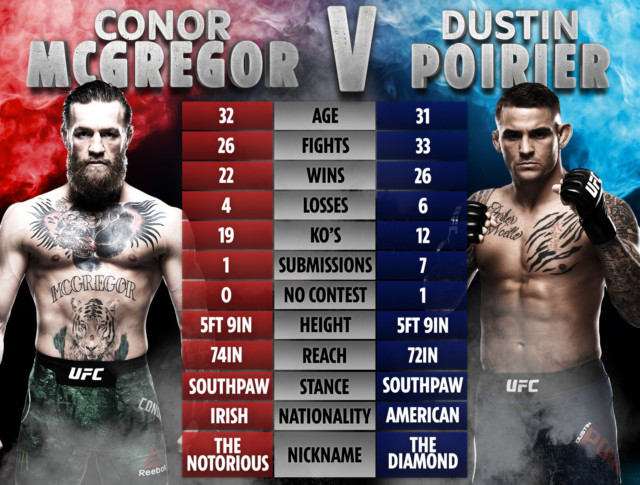 White said: “If Khabib does retire, then whoever the highest-ranked guy is at the time will end up facing Conor if Conor beats Poirier and would end up fighting for the title, I’m sure.”

McGregor knocked out Poirier in just under two minutes six years ago at UFC 178 in Las Vegas.

The Irishman is planning to have a shorter night at the office in his second meeting with The Diamond, saying: “I will knock Dustin out inside 60 seconds.”

The Notorious believes Poirier has made improvements since their first encounter but insists he’s still not on his level.

He said: “I love Dustin, I think he’s a good fighter. He’s even a great fighter, you know? But great is still levels below me.”

Did you miss our previous article…
https://www.sportingexcitement.com/boxing/eddie-hall-reveals-incredible-three-year-body-transformation-from-winning-worlds-strongest-man-to-new-shredded-physique