DANIEL DUBOIS is dreaming about finally nailing his Joe Joyce grudge… on their third date.

The heavyweight pair – who were separated by a  protective screen at yesterday’s face-off – have seen their clashed canned in April and July due to the Covid-19 pandemic.

And Brit champ Dubois has revealed the socially-distanced relationship has made Joyce a permanent fixture in his bedtime thoughts.

Ahead of their scheduled October 24 clash at a fan-filled O2, 22-year-old Dubois said: “He’s been on my mind since the very first fight was made and he has never gone away, even after the postponements.

“He has been nagging at me all the time, I have dreams about this fight. And yes I win everytime.

“It’s not personal for me. But this is an aggravating business and fighters just have to fight to better themselves and take no prisoners.”

The London pair will put their unbeaten records on the line at the Greenwich venue as long as they come through a keep-warm fight each. 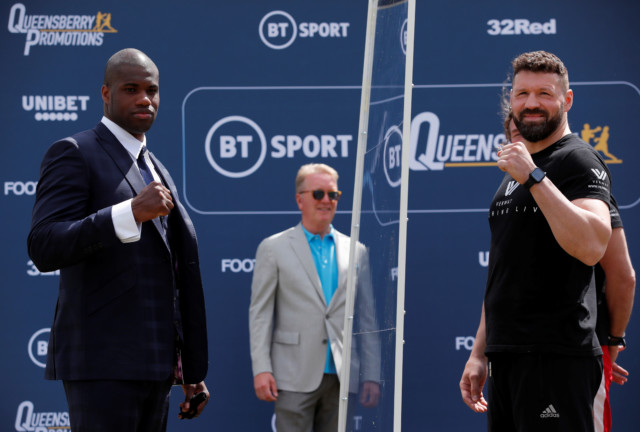 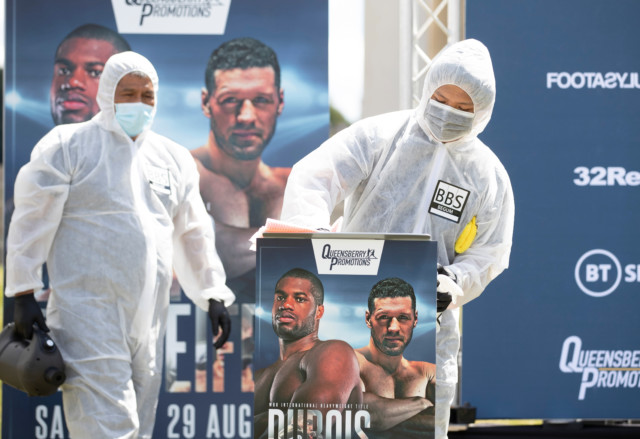 Despite turning 35 in September and having a silver medal from the 2016 Olympics, Joyce is miles off a world title shot because of the rematches and mandatories Tyson Fury and Anthony Joshua are juggling.

So he wants all promoters, managers and broadcasters to have him on speed dial if they need a last-minute replacement, like Andy Ruiz did a year ago.

Joyce said: “Beating Daniel Dubois spectacularly will help my case for a world title shot but I don’t really have a plan to get me there.

“I wanted the AJ fight that Ruiz got on late notice and won but they wanted an America-based opponent.

“If anything like that happens again, I want to be the first person on the list if another world title sub is needed.”