Daniel Dubois in line to fight for Trevor Bryan’s WBA title NEXT if he wins on Jake Paul’s undercard, says Frank Warren
Advertisement 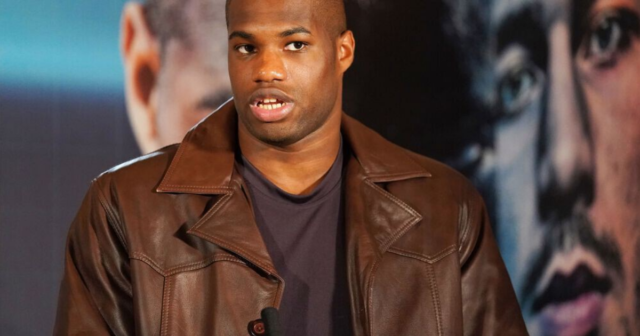 DANIEL DUBOIS could challenge for Trevor Bryan’s WBA title NEXT if he wins on Jake Paul’s undercard.

The heavyweight contender will make his US debut on Sunday, August 29, the night YouTuber Paul faces ex-UFC champion Tyron Woodley.

Dubois, 23, fights American Joe Cusumano, 33, who is 19-3, with 17 knockouts and having never been stopped himself.

The prize for the Brit should he leave his mark Stateside could be a shot at Bryan’s secondary ‘Regular’ WBA title.

Promoter Frank Warren told SunSport: “I want him to fight for that WBA title against Trevor Bryan, I’d get that on in a heartbeat.

“He comes through this, that’s the one I’d like to make.”

Bryan, 31, is promoted by veteran Don King – famous for his work with Mike Tyson and Muhammad Ali – and won the belt in January.

He beat former WBC champ Bermane Stiverne, 42, but is yet to defend it with King known to demand a heft fee for anyone from his stable.

Dubois already holds the ‘interim’ belt, putting him in a good position for the full world title, held by Anthony Joshua.

Meanwhile, Fury, 32, faces Deontay Wilder, 35, in a trilogy bout on October 9, having been moved from July 24 after he caught coronavirus.

Warren is confident the unification can be re-visited should the champions prevail in their interim fights.

But it leaves the job of keeping Dubois and Joe Joyce – recently made WBO mandatory challenger – occupied high in the rankings in the meantime.

“Because, at the end of the day, we have Joe at the No1 spot, Daniel is the WBA interim champion, just keep them busy.

“And early next year, providing Tyson and Joshua come through their respected fights, if they both get it on, then it’s going to open it all up.

“We just need to keep moving them forward and get them into positions where you’re forcing the fights in as much as they’re mandatory challengers.”

Advertisement. Scroll to continue reading.
In this article:danieldubois, hewins, neverbeen