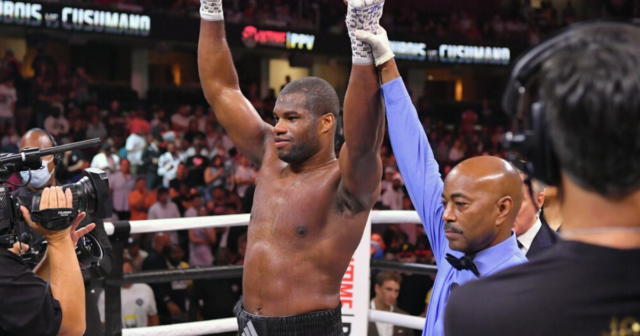 DANIEL DUBOIS is close to landing a ‘world title’ shot this spring just two bouts after his first defeat.

Oleksandr Usyk is the bonafide WBA heavyweight super champion, rematching Anthony Joshua for that and the IBF and WBO versions later this year.

But the unregulated belt brand squeezes extra sanctioning fees out of fighters but also anointing a ‘regular’ champion.

American Trevor Bryan currently holds the B-rated belt but his overdue fight with Germany’s Manuel Charr has just collapsed for the umpteenth time.

And that means 24-year-old ace Dubois, the No1 contender who has rebuilt from his November 2020 loss to Joe Joyce with two KO wins, is next in line for a crack at the title.

But hopefully, Dynamite Dan will be fighting for the strap in London or New York before pushing on for a genuine world title once Usyk, Joshua, Tyson Fury and Dillian Whyte settle their business at the top of the money tree.

Dubois’ career looked to be on the ropes following his tenth-round TKO defeat to Joyce.

Dubois called out Bryan after his first-round destruction of Cusumano last August, saying: “Look at me now, I’m back and I’m ready to go.

“Whoever is next. Maybe Trevor Bryan. He’s got a title I want. But whoever. Come one, come all.”

And promoter Frank Warren recently doubled down on Dubois’ eagerness to face the WBA regular champ.

He said: “Daniel will be right back in business on one of our first shows of 2022.

“He has rebuilt this year in a spectacular fashion and is now right in the running for a world title shot in the New Year. 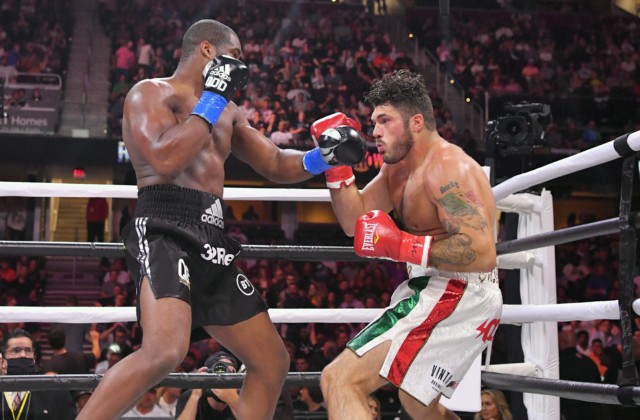 Daniel Dubois blasted Joe Cusumano in one round last August

“The WBA is the obvious path for him to go down as he has been installed in the No.1 spot by virtue of him winning the Interim title and a fight against the champion Bryan clearly appeals to us.

“Success against Bryan would put Daniel in position for a shot at the Oleksandr Usyk-Anthony Joshua rematch winner later in 2022.

“So there are some huge fights and nights in the pipeline for Daniel and 2022 will be a defining year for a young man I have always believed is destined for the top.”