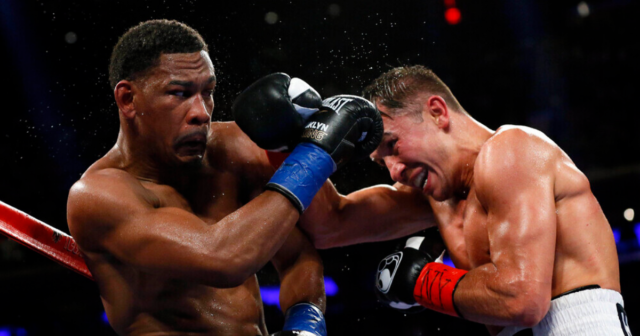 Ryder hasn’t been in action since a knock-over job out in Austria toward the end of last year while Jacobs last fought in 2020.

The Miracle Man won a closely-contested split decision over Gabe Rosado in Phoenix, Arizona, but is on the lookout for big fights again.

A clash with Ryder in London could do just that, as the winner is set to be thrust into a title-contending position with the WBA.

Canelo Alvarez, who beat Jacobs in 2019, currently holds the WBA title at 168lbs, while Ryder has previously boxed for the same strap against Callum Smith.

When is Daniel Jacobs vs John Ryder?

“I’m super excited to be returning to the ring,” Jacobs said.

“It has always been a dream of mine to fight in London as a professional, and I’m looking forward to fighting in front of a great crowd. I’m putting my best foot forward.”

Ryder added: “This is the fight I need to really bring the best out in me.

“Jacobs is a great fighter but he has had his time and now it’s my time to shine!

“My dreams are at stake and destiny awaits. It’s time to get right back to where I need to be.”