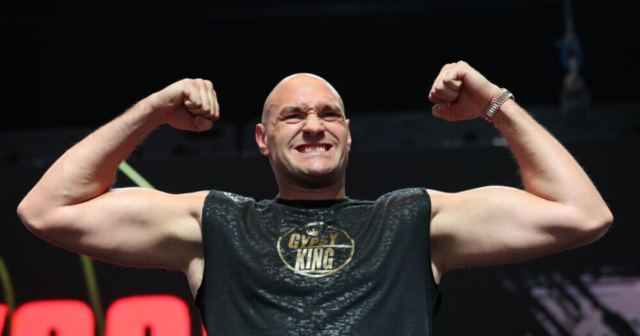 Haye came out of retirement to beat Joe Fournier late on Saturday night, and made the sensational claim following their clash in Florida.

The 40-year-old was scheduled to fight Fury back in 2013, but injury forced him to twice withdraw from bouts against the Gypsy King.

But after beating Fournier over eight, two-minute rounds on Saturday, Haye told IFLTV: “I know how to beat Tyson Fury, I really do. I’m being deadly serious.

“I understand why he’s so effective and no-one else can see it. I’m good enough still to do it. I would have done it back in 2013. He knows it.”

The comments followed up Haye’s outburst after the fight, as the Bermondsey-born boxer called out Fury.

He said: “There’s one fighter I’d come back to professional boxing for and that’s Tyson Fury.

“Tyson Fury, that big fat dosser, I know his kryptonite, I know what he can’t handle.

Haye retired from boxing in 2018 after losing his rematch against Tony Bellew, but made a shock return to the ring to take on old friend Fournier.

His professional career reads at 28 wins from 32 fights, with four losses.

Meanwhile the man he wants to fight next in Fury is yet to be beaten as a professional in 31 fights.

The Gypsy King faces off against Deontay Wilder in an epic trilogy fight between the pair on October 9. 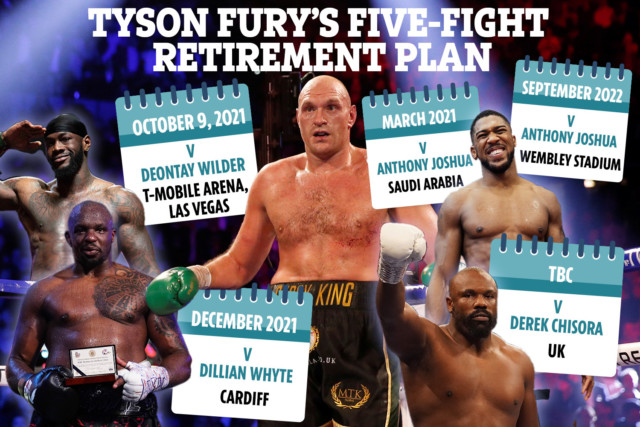 But despite Haye calling him out, the unbeaten man may not find the time for a bout.

The 33-year-old has compiled a five-fight ‘bucket list’ that includes his fight with Wilder, a clash against Dillian Whyte, two bouts with Anthony Joshua, finished off by a meeting with Derek Chisora.

Fury and close friend Chisora have fought twice previously, and the Gypsy King fancies another slug fest with him before hanging up his gloves.

Advertisement. Scroll to continue reading.
In this article:heisgood, outofretirement, saturdaynight