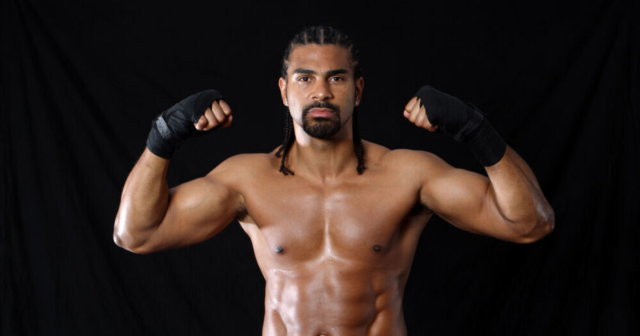 DAVID HAYE claims there’s never been a better time in British boxing but reckons he still ‘would’ve beaten everybody’.

Haye, 41, returned to the ring last September to defeat Joe Fournier in an exhibition bout in LA.

Haye thinks he ‘would’ve beaten everybody’ in today’s game

And the former world champion spoke to DAZN about how he would compete in the current environment.

He said: “I’d have loved to see how I’d have got on today.

“In my mind, I would’ve beaten everybody, but we’ll never know.”

Haye explains that the class of today is a “special” group of fighters.

The Londoner may think he’d defeat a few of them in his prime, but admits there has never been “such a depth of quality” in British boxing.

He added: “You can’t change what’s happened, but this is a very special time.

“There’s so many good fighters and even the young crop coming through like Joe Joyce and Daniel Dubois.

“There’s a lot of homegrown talent and at the top of that there’s Tyson Fury, and just behind him is Anthony Joshua.

“I’ve never known a time when there’s been such a depth of quality.

“Each one of those you could make an argument on why they’ll become a world champion.

“Dubois’ punch power is through the roof. Joyce can pretty much walk anyone down. There wasn’t that depth that there is now.”

“My biggest rival at cruiserweight was Enzo Maccarinelli. Derek Chisora wasn’t a world champion and Audley Harrison was only European champion.”

Meanwhile, Joshua prepares to go toe-to-toe in a rematch with Oleksandr Usyk in August.

The Watford warrior will bid to reclaim the unified heavyweight titles from the slick southpaw in the pivotal Saudi Arabian showdown.

A second successive defeat to the Ukrainian could very well make AJ an outsider in the stacked heavyweight division.