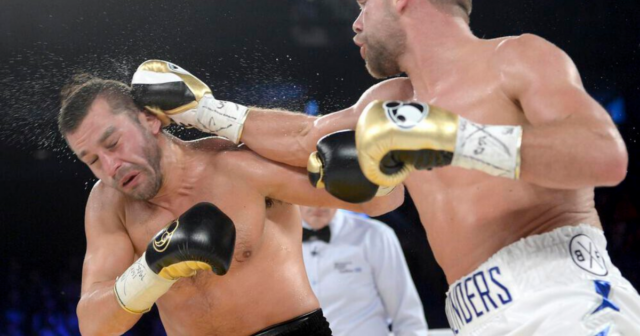 BOXER David Lemieux is retiring following the tragic murder of his father during a shooting spree in Canada.

A man suspected of killing three people in Montreal on August 2 was later shot and killed by police.

Former IBF middle-weight champion Lemieux is only 33 but has clearly been left heartbroken by his father’s senseless and brutal killing.

Lemieux told Boxing News 24: “I’ve accomplished a lot in the course of my career.

“I achieved my dream of becoming world champion, I’ve given the fans rousing fights by accepting every challenge that came my way.

“I devoted my life to training, to boxing, and now I want to cherish every minute with my family.

“I accomplished a lot, but I didn’t do it alone. I want to take this opportunity to thank all the fans who supported and encouraged me throughout my career.”

Lemieux lost his IBF title in a thrilling fight with legend Gennady Golovkin at Madison Square Garden in 2015.

He was also defeated by Brit Billy Joe Saunders in Quebec in 2017.

Lemieux said just after his father’s death: “To learn that your father died by being shot while waiting for the bus is quite a shock. Everyone in the family is shaken.”

Lemieux lost his last fight to David Benavidez in May this year.

His pro career began in 2007 and his overall record is 43 wins and five losses. But many boxers change their minds about retirement, with Tyson Fury the obvious case in point.