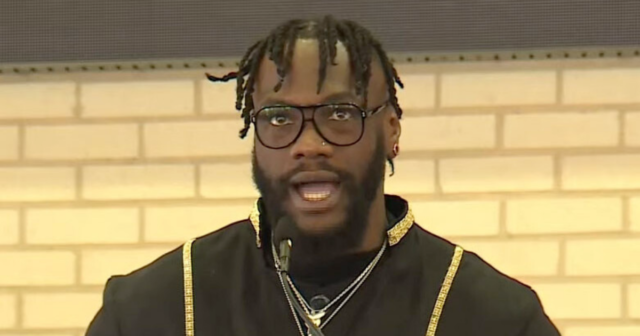 DEONTAY WILDER has confirmed he WILL return to boxing after unveiling a statue of himself in his home town.

The Bronze Bomber has not fought since a devastating 11th-round KO defeat to Tyson Fury in their trilogy bout.

Deontay Wilder says he is ready to return to boxing
A bronze statue of the heavyweight boxing legend has been unveiled in his hometown of Tuscaloosa, Alabama

That meant Wilder lost two and drew the other of their three mouthwatering heavyweight scraps.

The former WBC champ had teased that he was ready to hang up the gloves after the loss.

But in other interviews, he insisted his story was not quite finished.

And now, as he attended an unveiling of the statue in Tuscaloosa, Alabama, Wilder was adamant he is ready to return.

He said: “I can’t stop right here. I must continue my journey. I have to, I have to.

“I sacrificed so much to be in this position in my life, to be able to life my life like I want for the rest of my life,.”

The 36-year-old, who has only lost two of his 45 fights, thinks the sport of boxing needs him.

He added: “I’ve been highly requested. So many people have told me ‘Come back, come back.’ I’d say I’m back by popular demand.

“And the business of boxing needs me. When there’s a thriving American champion, there’s nothing like it. 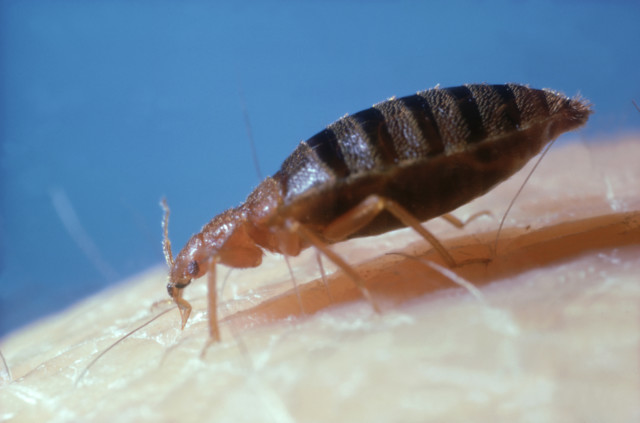 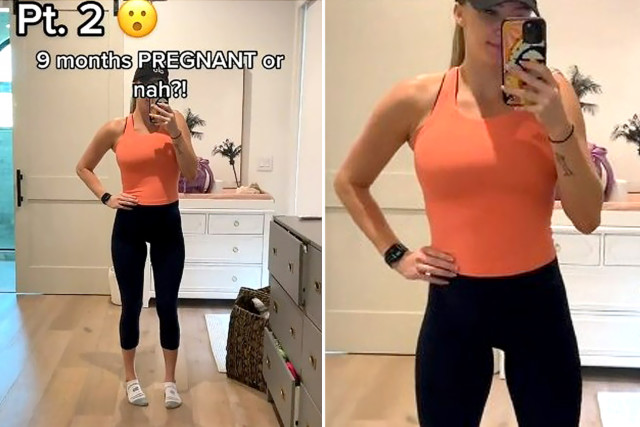 “When there’s not, you see it’s dead. There’s a drought in [the sport]. People know the difference now.”

Wilder has not revealed a date or an opponent for his grand return, but is still ranked No2 by the WBC with a world title shot far from out of the question.

The emotional moment when Deontay Wilder revealed the statue of himself created by Caleb O'Connor.

The statue will be permanently located outside of @VisitTuscaloosa, representing the @BronzeBomber in Tuscaloosa for perpetuity.

Make sure to come by and see it for yourself! pic.twitter.com/YkfMD0C7pi 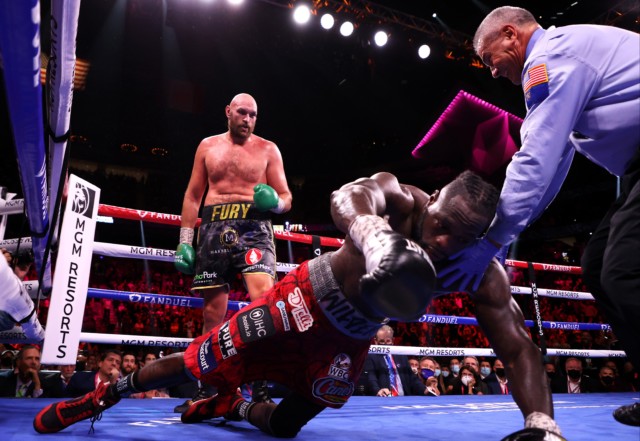 Wilder has not fought since he was KO’d by Tyson Fury in their trilogy fight
In this article:bronzebomber, deontaywilder, tysonfury