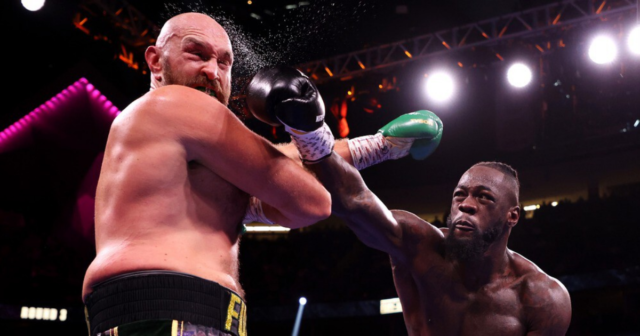 DEONTAY WILDER insists his ‘best is yet to come’ – despite his brutal loss to Tyson Fury.

The American failed in his bid to reclaim the WBC heavyweight title from the Gypsy King in October, suffering a brutal 11th-round KO loss in their Sin City showdown. 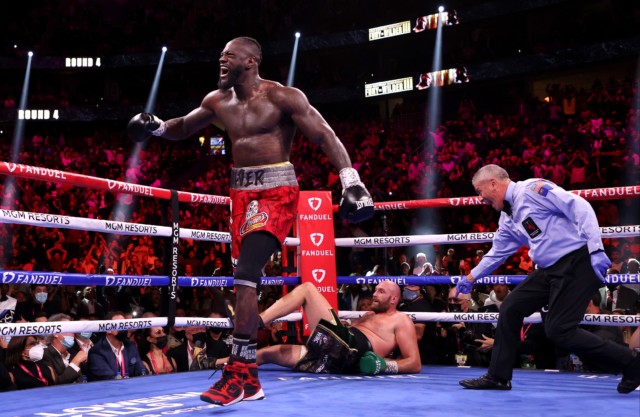 But the American insists his best is yet to come

Although Wilder’s herculean effort to become a two-time world champion fell flat on its face, the Alabama slammer is adamant his best days aren’t behind him.

The 36-year-old said: “For me, this is not it, this is just the beginning. The best is yet to come from me.

“Although I have accomplished a lot of things, more than I could’ve imagined.

“I do still have goals in the sport, that’s why I still have love for it.”

The Bronze Bomber is champing at the bit to get back in the ring and plans to return to the gym once his broken hand is fully healed.

The Olympian told fiancee Telli Swift: “I’m looking to accomplish the goals that I still have left.

“I broke my hand, so I’m in a healing process right now. Once this is over, I’ll resume training for sure.

Unlike after his first defeat to Wythenshawe warrior Fury, Wilder has no excuses for his brutal knockout loss.

He said: “I’m grateful for that. I’m blessed all the way around.

“With that being said, it’s no complaints at all, we just move forward.

“You come up to a certain point, as humans we feel we come up to a dead-end or we fail, we think this is it for us.

“But when you’re travelling along your journey, nothing should be ‘this is it.’”

Team Wilder are targeting a May return for the ferocious power puncher. 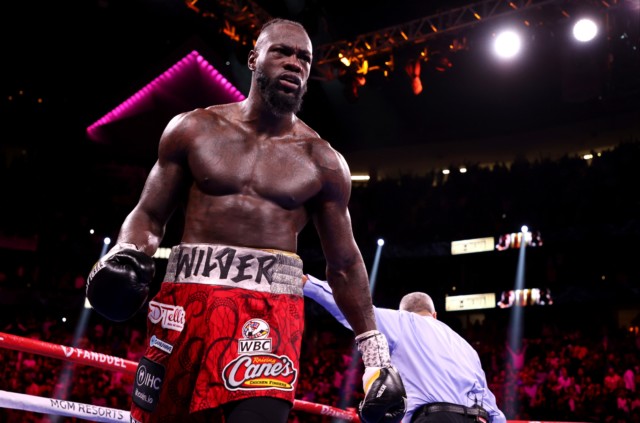 Head coach Malik Scott told World Boxing News: “We should be back in camp, in my opinion, no later than March and fight in May.

“Or we may be back in camp before March. It all depends on how he recovers, how he’s feeling, how everything’s going.”

He added: “Deontay said he’s going to go on vacation, and I’m all for that, and in a few months, we’ll be back in camp, and he’ll be fighting.”