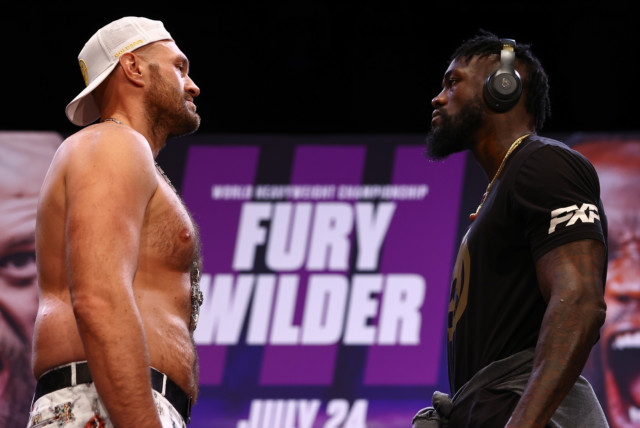 DEONTAY WILDER promised to ‘more than punish’ Tyson Fury in their trilogy fight and said it will be ‘the most brutal’ win possible.

Wilder faces Fury for a third time on July 24 and admitted his distain for his heavyweight rival is greater than ever.

The American has not had such a heated feud since his 2019 win over Dominic Breazeale – which ended with an empathic first round knockout.

“I hate him now, I think nothing of him, there is bad blood and it will always be there.

“Hate is a motivation to destroy, that’s what the devil does every day. I have never felt this way about any opponent before.

“Dominic Breazeale was the last one I disliked most.”

Fury, 32, first drew with Wilder, 35, in 2018 but he emerged a decisive winner two years later with a seventh-round stoppage.

It leaves the odds stacked against Wilder in their immediate rematch, made worse after he gave a litany of excuses following his loss.

The ex-WBC champ accused Fury of fighting with WEIGHTS in his gloves, having his water SPIKED and wearing walk-out attire that was too heavy.

Wilder was rightfully pulled out against Fury by his then-assistant coach Mark Breland.

It later cost Breland his role in the team, and former opponent Malik Scott, 40, has since been appointed head trainer.

The pair have since been training in secret as they map out their road to redemption having not fought since the defeat in Las Vegas.

Wilder said: “A lot of people are looking and listening in but on July 24 we will reveal it all. The lay-off has been good for me and bad for him.

“Because I have had time to progress, they should have got me earlier but they ran and tried to dodge me after I had done right by him and put food on his family’s table.

“A lot of things will be different, the world will see. During the pandemic I trained non-stop and I have been building.”

Fury and Wilder were contracted to a trilogy fight, but amid the coronavirus pandemic the it was postponed and then cancelled.

Fury’s side later argued the stipulation expired as they instead entered talks with AJ for a historic first-ever four-belt heavyweight unification. 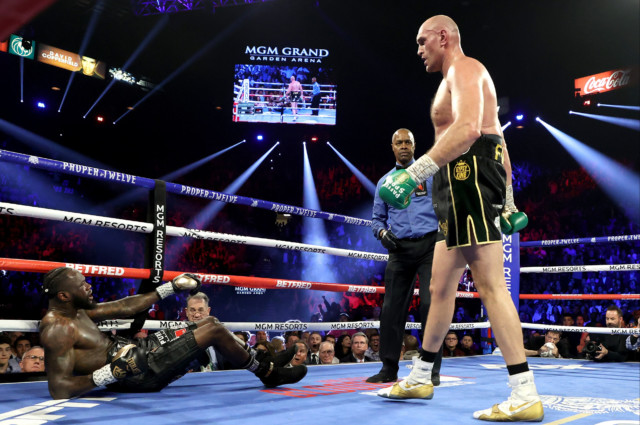 Deontay Wilder was beaten by Tyson Fury in 2020 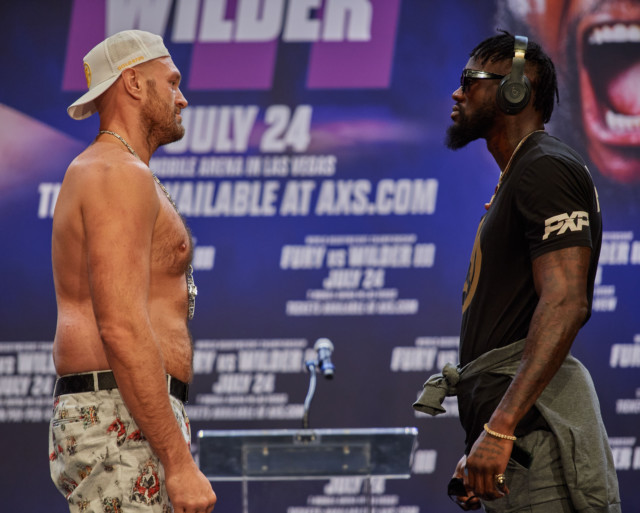 Tyson Fury and Deontay Wilder ahead of their July 24 trilogy

Wilder, meanwhile took his case to arbitration and right at the last he emerged victorious in the legal proceedings.

It cancelled the Battle of Britain and set up a third fight between himself and Fury, set for July 10 in Las Vegas.

Wilder said: “Defeat has not affected me, I have always been happy, I have been able to spend time with my family and now I am ready to go.

“Whatever Tyson does in this third fight, I will have an answer for. Just like when the phone rings.”

“I was feeling nothing and we were very confident because we knew we were in the right and they knew that as well.

“I was training when the arbitration call came and when I heard we trained even harder.

“Justice was served in that part and now it will be served to me on July 24.”