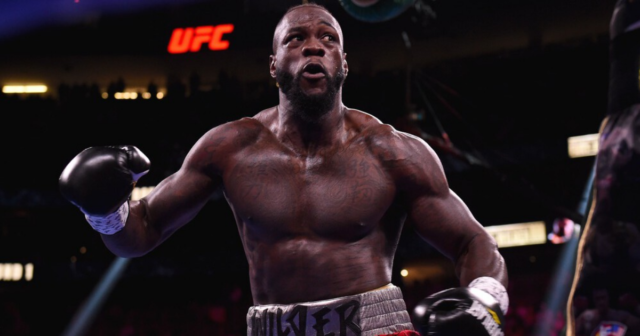 DEONTAY WILDER’S trainer has hit back at Floyd Mayweather after the legendary boxer appeared to make a subtle dig at the American heavyweight.

Wilder got rid of his old trainer Mark Breland after his rematch defeat to Tyson Fury in February 2020 as he was left raging when Breland opted to throw the towel in.

He then linked up with former heavyweight contender Malik Scott for the trilogy clash, which he also lost by stoppage.

And Mayweather seemed to send a message to Wilder via a recent social media post.

He said: “Please hit the follow button if you want to follow a humble student, teacher, mentor, and coach in the sport of boxing.

“He has all the credentials and qualifications to support why I recognize him as an elite boxing coach, something that nowadays many unqualified people claim to be. Follow Mark Breland.”

Responding to the comments, Scott said: “I wouldn’t say he [Mayweather] was talking s*** about me.

“I would say he was taking his usual random shots at Deontay, which indirectly is taking shots at me too since I’m Deontay’s head trainer, so it’s whatever. 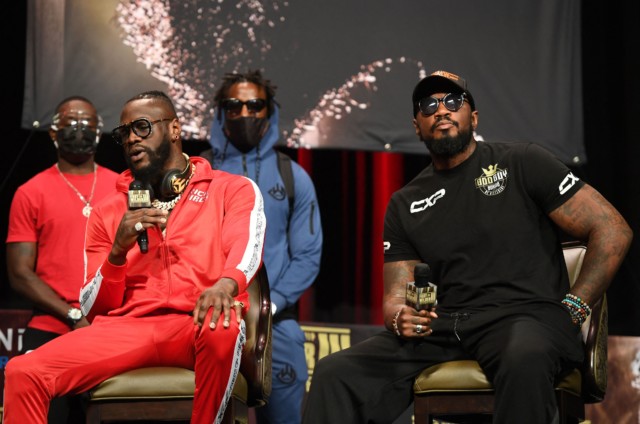 Scott (right) trained Wilder for his most recent defeat to Fury

“But what’s even more funny is Mark Breland has been a known legend for decades, but all of a sudden Floyd posts him with praise coincidentally a week after we lose to Fury.

“But then to make it even funnier, Mark Breland has never really liked Floyd anyway.

“On numerous occasions personally and publicly he’s always called Floyd an overrated big mouth that would have not stood a chance in his era.

“Smh [shake my head], that’s humans for you though [clown emoji].”

Scott recently confirmed that Wilder is not planning to retire despite back-to-back defeats at the hands of Fury.