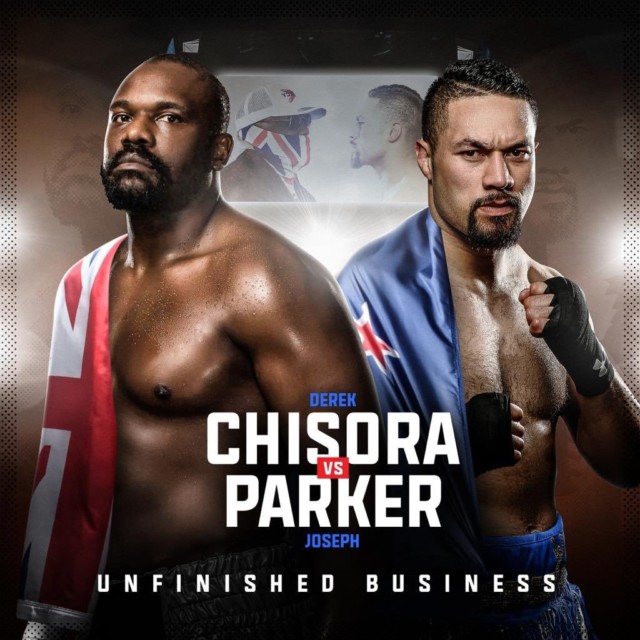 DERECK CHISORA has reportedly agreed a deal to fight Joseph Parker next.

The Brit will look to make a winning return to the boxing ring following his points defeat to Oleksandr Usyk in October.

Chisora uploaded a fight poster of the pair of heavyweights onto Twitter, titled ‘Unfinished Business’.

He titled it: “WAR is coming @joeboxerparker.”

His manager David Haye also shared the poster on the social media site.

Parker was forced to pull out of their scheduled 2019 scrap with ‘illness’.

The New Zealand brawler’s team later revealed he was suffering the after effects of a SPIDER BITE that saw pull the plug at just three-and-a-half weeks notice.

Parker has just two defeats on his 29-fight record – to Anthony Joshua and Whyte.

Chisora has won 32 and lost 10 of his contests.

But his old foe Dillian Whyte, who is 2-0 in their own mini-series, said Chisora ‘let himself down’ in defeat.

Whyte, 32, criticised Chisora’s trainers for failing to order more body shots and said manager David Haye should have been in the corner.

He told Sky Sports: “I thought Derek could have done much better.

“He let himself down by not having any boxing experience in his corner to tell him and guide him to tell him what to do and not to do. 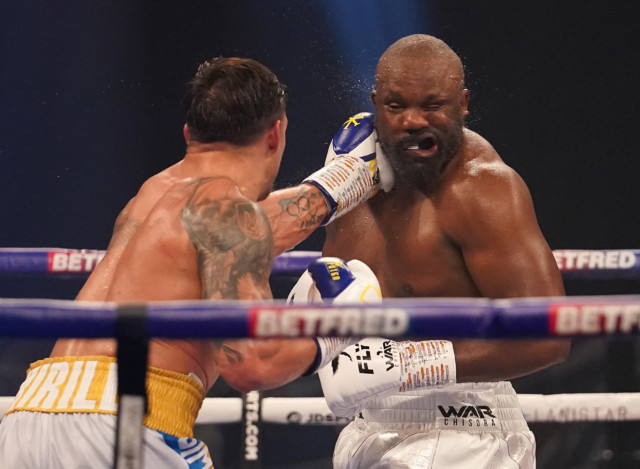 Chisora was outpointed by Usyk last time out

“Dereck was the boss in the corner. There wasn’t anyone in there. He had some good MMA guys in there, but they’re not boxing coaches.

“They weren’t giving him the advice that he needed to make the changes and adjustments to beat someone like Usyk.”