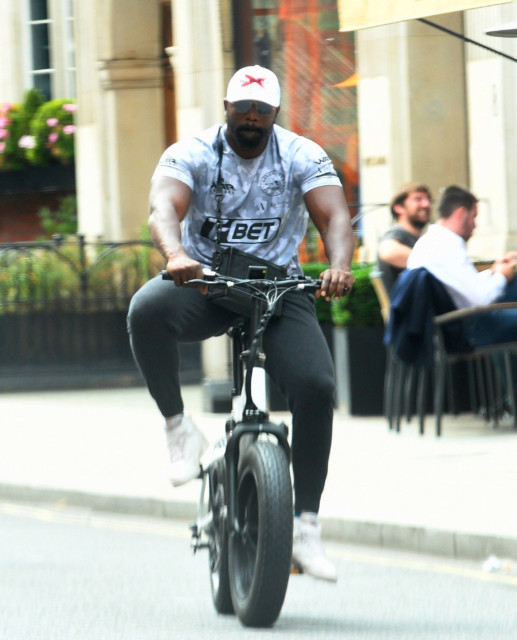 DERECK CHISORA spent the day out riding an electric bike around Mayfair as he prepares to face Oleksandr Usyk.

The heavyweight, 36, was meant to fight former cruiserweight king Usyk, 33, in March. 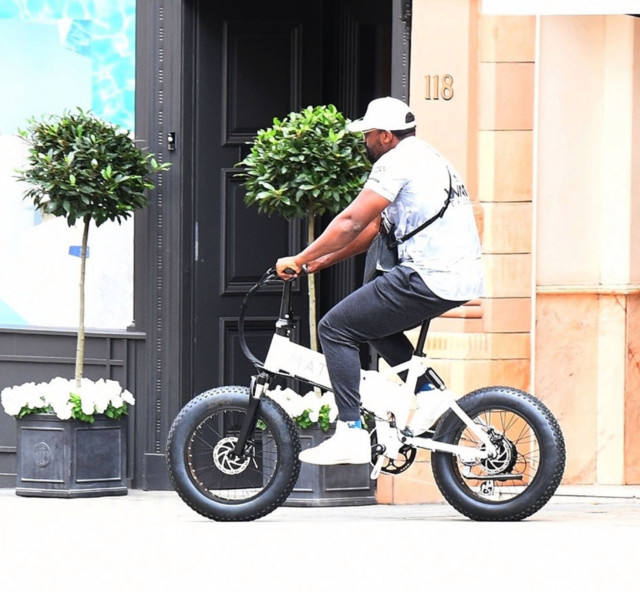 The day out comes as Chisora prepares to face Oleksandr Usyk

But the coronavirus pandemic KO’d the headliner, much to the frustration of both fighters.

‘War’ Chisora has trained throughout as he awaits his new fight date, but took a short break to ride around on an electric bike in London.

Promoter Eddie Hearn had planned to have WBO mandatory challenger Usyk face Chisora on October 31 at the O2 in front of a limited crowd.

“October 31st is the date we have pencilled in for that fight, but it’s dependent on the current deal driving people through the doors and having some kind of gate or moving it internationally and having a site fee.”

Hearn applied to the Government for a pilot boxing event with fans, after his banner held a snooker tournament with 300 people present in August.

But the Government’s latest restrictions limiting social gatherings to no more than six people has pushed back the return of British boxing fans.

Dillian Whyte, 32, was forced to fight Alexander Povetkin, 41, behind closed doors – where he suffered an upset knockout defeat.

And Hearn is adamant he will deliver Joshua and Chisora a fight by the end of the unprecedented year.

He said: “When this thing started, I had three main names and that was to deliver Whyte-Povetkin, Usyk-Chisora, and Joshua against Pulev.

“And to make sure the other stable could have the opportunities, keep moving forward and progressing their careers.”

Advertisement. Scroll to continue reading.
In this article:dereckchisora, inmarch, theday