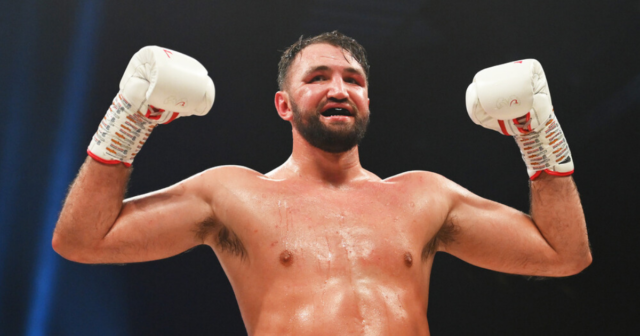 Fury – now No4 in the WBA rankings – blitzed past Christian Hammer on Saturday night.

The 27-year-old forced the German to retire in the fifth round.

And now according to BOXXER promoter Ben Shalom, Fury wants to take on veteran Chisora at the start of 2022.

“Whether Christian was injured or not, I’m not sure. He took a lot of shots and I think Hughie hurt him.

“The heavyweight division at the moment is all over the place. It’s wide open.

“With Hughie, we’re going to look to try and make the Chisora fight early next year. That is what we feel is the next step-up for him.”

Chisora is focussed on his rematch against Joesph Parker at the end of this year.

The 37-year-old lost to the New Zealander via split decision last time out, and he’s desperate to avenge the loss.

So much so he turned down a fight with Fury, says Shalom.

The promoter continued: “We offered Derek the fight.

“I think he knows how good Hughie Fury is – and how technical he is.

“I think he really wanted the Parker rematch. That was what he wanted. He didn’t want to fight Hughie Fury, but let’s see after December, it might be different then.”

Did you miss our previous article…
https://www.sportingexcitement.com/boxing/freddie-roach-knew-manny-pacquiao-would-be-a-champ-after-one-round-on-pads-and-says-there-will-never-be-another-pacman