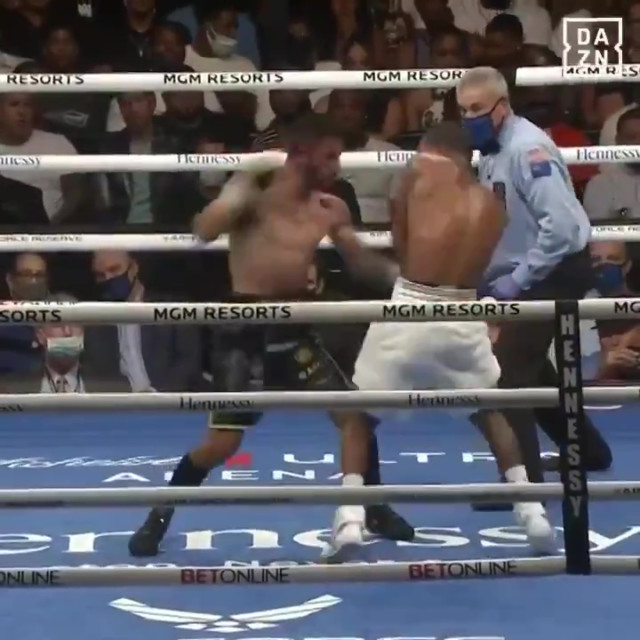 DEVIN HANEY retained his WBC lightweight title with a unanimous points win against Jorge Linares – but was rocked to his boots in the tenth round.

Devin Haney wobbles going back to his corner after the 10th!

But it was far from plain sailing.

Sensing he was behind on the card, Linares really put it up to his 22-year-old opponent.

And a stunning left-right combo of power punches at the end of the tenth round had Haney stumbling back to his corner.

But the sixty seconds to re-gather his senses did the trick, and Haney closed out the fight to maintain his unbeaten run.

But some of his lightweight opponents were less-than impressed with what they saw.

Garcia is currently taking time out of the sport to focus on his health and wellbeing.

IBF, WBA, WBO, and The Ring magazine champ Teofimo Lopez posted the plate with knife and fork emoji, presumably believing that he would ‘eat Haney for dinner’ if they ever fought. 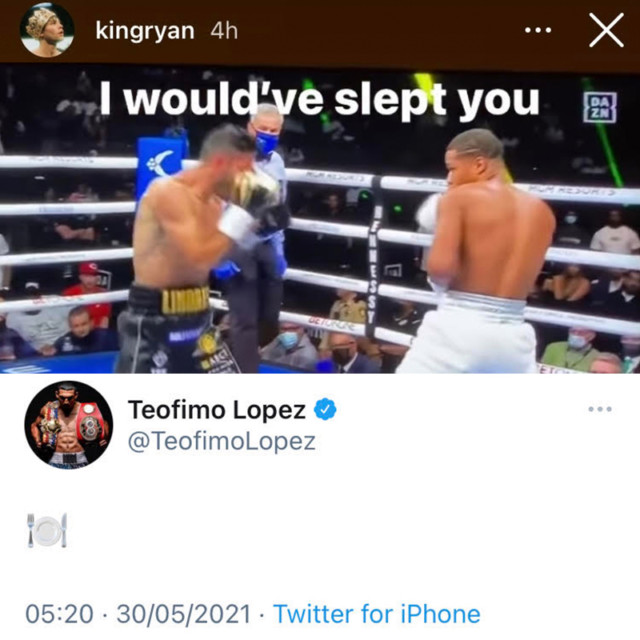 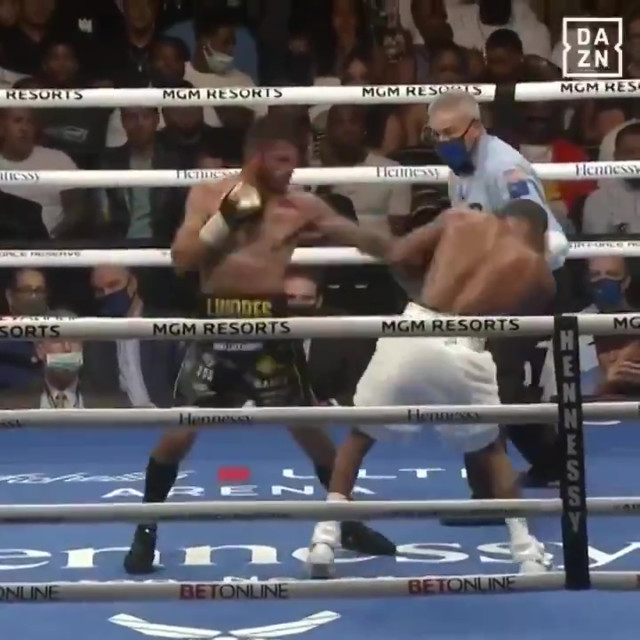 Linares closed out round 10 in powerful style

Haney became a world champion when his WBC interim lightweight title was elevated and is a protege of the great Floyd Mayweather.

He also seems to fancy a shot at Lomachenko, with the two exchanging words on social media last month.

Loma, who is yet to fight since a shattering defeat to Teofimo Lopez, has labelled Devin Haney a ‘coward’.

Advertisement. Scroll to continue reading.
In this article:devinhaney, itwas, worldchamp