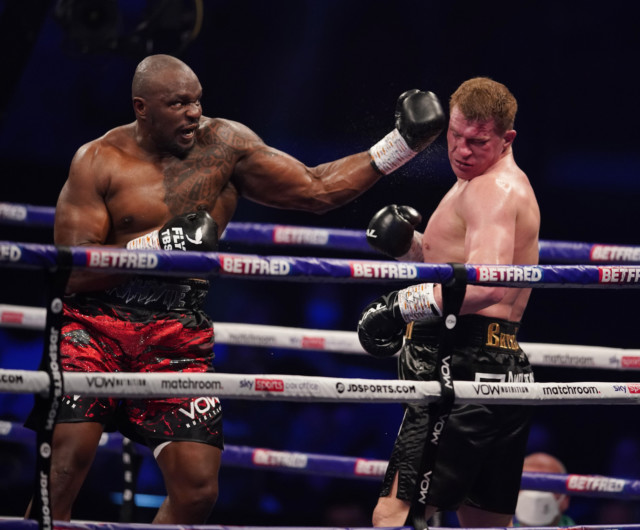 DILLIAN WHYTE is in talks to fight Jermaine Franklin in America on his return to the ring.

The British heavyweight knocked out Alexander Povetkin in March, having been stopped by the Russian seven months earlier.

Promoter Eddie Hearn revealed afterwards that he wanted to take Whyte Stateside to help build his profile across the pond.

According to Sky Sports, unbeaten Franklin, who is 20-0 with 13 KOs, has been identified as a primed opponent.

Whyte has just one win in America, coming against Malcolm Tann in 2017.

But he is eager to land mega-fights with either Deontay Wilder, 35, or Andy Ruiz Jr, 31, towards the end of the year.

Wilder is set for a trilogy fight with Tyson Fury, 32, on July 24 in Las Vegas.

And ex-champion Ruiz is in talks with Cuban Luis Ortiz, 42, having beaten Chris Arreola, 40, on his comeback fight in May.

Whyte will use the summer trip to the States to build up for a bigger fight towards the end of the year.

But Franklin, 28, has already sent out a warning to Whyte and insisted he is not threatened by ‘bully’ tactics.

He said in April: “That intimidation s***, it doesn’t work for people like me.

“I’ve always experienced and always been through rough situations, so a bully is nothing to me. A bully is just a regular person.

“You can try to intimidate me, if you want to bully me, or you can try any of that, but that s— won’t do nothing for you, won’t get you nowhere.

“It might make me want to beat you up more, but beside of that, it’s not going to help you in any way.”

Advertisement. Scroll to continue reading.
In this article:inamerica, thepond, thering